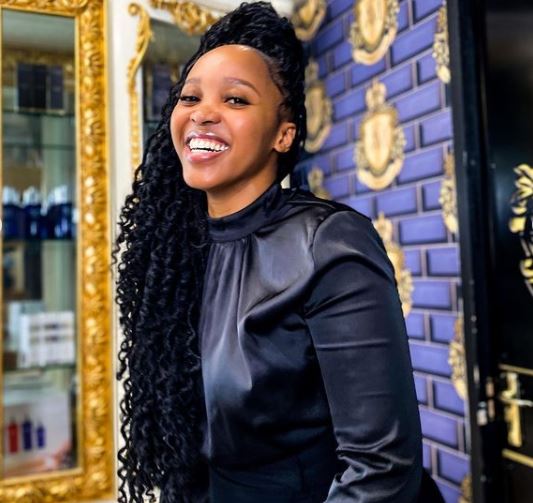 Sbahle Mpisane is not a new name in the South African media sphere, where she is a frequent headline-making personality.

She is particularly admirable for her lifestyle and undying passion for fitness, and most fans look up to her for inspiration amid their struggles and breakthroughs.

Sbahle is the founder of personal training and Bootcamp, Fitness Bunnie. She soon became everybody’s favourite when she started dating one of South Africa’s best goalies, Itumeleng Khune.

Sadly, Sbahle was involved in a tragic car accident that almost claimed her life, due to the injury she sustained, the fitnessbunnie, was forced to use wheelchair for a short period before getting back to her feet.

Here’s a little more you may need to know about Sbahle Mpisane:

Sbahle Mpisane’s parents are S’bu Mpisane, a Durban-based tycoon, and Shauwn Mpisane. She is one of the four children in the Mpisane family. Her siblings include her brother Andile Mpisane and two sisters.

As a brilliant student, her scores were high enough to get her into university. The fitness mogul graduated from the University of KwaZulu-Natal where she obtained a degree in Housing and Town Planning.

Initially, she took up this course with the hope of taking over her family’s construction empire. However, her love for fitness and wellness soon took over that.

Growing up, Sbahle was a very shy girl and her body was the main source of her being shy. She then started her fitness journey in 2014 when she was still pursuing higher education at university. Soon, what started as a personal goal became a fully fledged career and that is why she is often referred to as Mzansi’s fitness bunny.

On the 9th of August 2018 exactly 4am she lost control of her car and hit a light pole before crashing into a tree. The accident happened at Yacht Mall that is located close to Victoria Embankment. She had fractured both arms and one leg.

She was rushed to hospital to get medical attention. Sbahle Mpisane body lay in the Intensive Care Unit at Netcare St. Augustine’s Hospital for six days before she finally opened her eyes. Her father reported that she ate her first solid meal three weeks after the incident.

Sbahle Mpisane was crowned, Woman of The Year in the category of health by Glamour Magazine in 2017.

The relationship was once rumoured to be rocky. Sbahle then later admitted that they had gone through a rough patch that saw them taking a break.

The fittnessbunnie have a large followers of about 2.1m on Instagram, which makes her an influential person in South Africa. On the page, she often posts photos of herself working out. She also educates her fans on the best techniques to apply to have a gorgeous body as she does.

Sbahle is a huge fan of Hip Hop, she loves listening to music. She also have interest in animals particularly dogs. Aside that, she has a keen interest in martial arts.