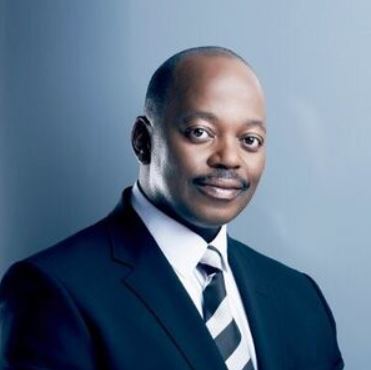 Peter Ndoro is a Zimbabwean born media personality based in South Africa. Ndoro is known for being a news anchor on the SABC daily news programme “Prime Time News”.

The brilliant news anchor grew up in England until he was 15 years old. He came back and studied in Harare.

He was to become an accountant. However, his career in accounting was short-lived as he resigned and decided to re-evaluate his life. With a push from his friend, he interviewed for a radio job with ZBC Radio One and the rest is history.

Six months on, he moved to South Africa. Ndoro then got a voice-over position with M-Net, which then propelled him to be more great opportunities as he soon had his face on the box.

Thanks to his soothing voice, he made it to Radio Highveld and SAFM. He is an in-demand master of ceremonies as well as a television personality, and he is also the owner of a production company.

Peter has over a lot of experience in the industry, having done well in both radio and TV. Being a familiar face in Africa, it is not surprising that he has been on several popular stations.

He worked as a news anchor and producer at the BBC World Service in London for three years. While here, he specialized in current affairs with a bias to Pan-African news.

The latter is the current affairs anchor and producer for the SABC. This makes him one of the major SABC news anchors that keep viewers glued to their screens.

Peter has also produced and presented business programmes for CNBC Africa. In addition, he served as the director for corporate communications.

A few years before, he worked at SABC Africa where he presented the station’s flagship pan-African breakfast news programme.

He also worked at the business channel Summit TV as the prime-time Business News Anchor as well as a presenter on the Pay TV channel, M-Net. Those who loved his radio voice got to hear him on Talk Radio 702, SAfm, and Highveld Stereo.

His professional training was in accountancy, whereas he attended Coopers & Lybrand and graduated from the University of South Africa with a degree in Accounting.

Before venturing into broadcasting, he was involved with accounting, marketing, advertising, and business management.

Over time, he was able to start a television and video production company. With his excellent understanding of current affairs, especially those touching on pan-African issues.

Peter was married to Azania Mosaka between 2005 and 2011 before things ended up with a divorce. The couple has a 20-year-old-daughter named Shamiso Mosaka.

Both of them seemed to have moved on pretty well as Azania is said to be in a relationship whereas Peter may have gotten himself a new woman.

Fatigue can cause one to lose track and make blunders that could cost one their career. This is exactly what happened to Peter a while back when he mistakenly announced that President Ramphosa was dead.

This was a mistake as he intended to report that Zimbabwean’s Morgan Tsvangirai had just died. Peter came forth and apologized for the blunder. What is overwhelming is the amount of support he received after this.

Fans and colleagues went on Twitter to support him and appreciate his efforts. By all indications, people took this well because they understand the kind of person he is.