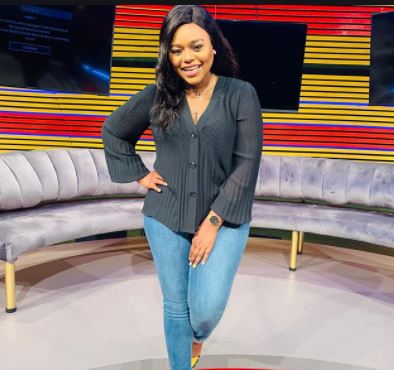 Pearl Shongwe is one of the cream de la cream of the broadcast media in South Africa.

Her sultry voice has endeared many hearts to her ever since she rose to prominence in the industry.

Aside from winning hearts as a broadcaster, she is also known for her passion for in helping people who are vulnerable in the society.

Pearl became known in 2010 after she got a job with YFM as a news reporter for the entertainment desk. After she left YFM, she worked with Silverstar Casino as an MC, this was where she honed her ability to be able to connect with her listeners and any kind of audience.

Shongwe is a goal-getter and stops at nothing in achieving her goals. After working with Silverstar Casino she got a job with the SABC where she became known as a sports news anchor.

Her passion and love for sports made her excel with the show and it turned out to be a tremendous success.

Aside from being a sports news anchor at SABC, she co-hosts a weekend program with Simphiwe Ncongwane – Morning Live. With the SABC, she also anchors the SABC 24-hour news and the Metro FM (SABC’s radio broadcasting station) news.

She has also made a name for herself in the TV world as she is the host of One Day Later, a program that airs on SABC 1 and that is focused on building and molding young people into competent leaders.

Pearl who grew up in Soweto began to build her dream as an O.A.P since she was a child. She started to attend auditions for Tv commercials when she was about the age of 12. This was the foundation of her media dream. Also, she won the Miss Soweto 2011 finalist.

Pearl is secretive about her private life especially her background and marital status. Nothing is known about it even where she schooled and graduated from. However, one of the few things known about her is that she is January born and celebrated her 34th birthday recently.