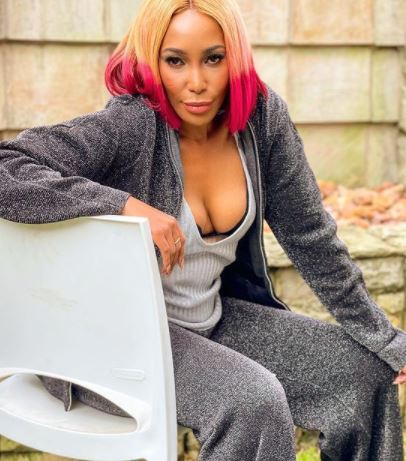 Mampho Brescia is an actress, brand ambassador, voice over artist and Tv presenter who is widely recognized in South Africa.

She is more known for the roles she played in Jacob’s Cross and Isibaya.

Her journey into the movie industry started in 2002 when she played her first role as Mbali in Generations. Subsequently, she got a guest appearance on Isidingo years later before she landed the role of Zanele in Jacob’s cross.

While her movie career was growing, her fame on Tv also grew. She began to present on TV in 1998 for a show called Reality Check and was also an Afrisat presenter in 2003.

Besides this, she started freelance presenting on DSTV while doing corporate videos for firms and institutions like Standard Bank and the Department of Tourism in 2005.

She landed her biggest role as a brand ambassador to Japan in 2018. She became the first-ever Brand Ambassador Japan for Mzansi. She was named Brand Japan Ambassador.

Prior to this, she had gone to Japan for a two-year stint as part of an exchange program which made her attend Soka University, however, she initially put in for her tertiary education at Wits University and graduated from there with a degree in International Relations.

Hence, making her fit for her ambassadorial title.

After her appointment she left her thriving movie career in SA and moved with her family to Japan to serve her ambassadorial role.
Mampho Brescia is married to Nicola Brescia.

They got married in 2005 and they have a daughter whose name is Rain. Rain was adopted by the couple in 2016.

After her adoption, there were rumors that Mampho had opted for adoption because she couldn’t conceive but she refuted the claims and said it was always her desire since she was a young girl to adopt a child.