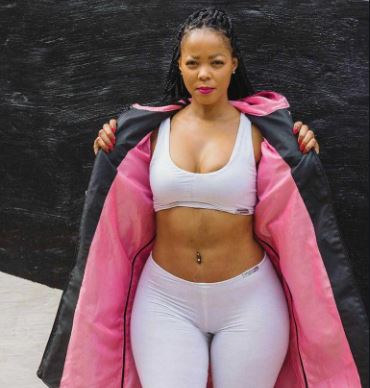 Asanda Foji is popular for her role in Generations: the legacy as Simphiwe Moroka. She is also known as a motivational speaker and a MC.

Long before she became a known actress, she had studied Drama at New Africa Theater and had also taken a diploma course in Media and journalism.

After graduating as a theatre student she had difficulty securing a job, but later got employed by a Sowetoan newspaper organization. She was on the job for a while before she was introduced to Dumisani Mbebe. Mbebe asked her to attend the audition, which she did.

And from there, she landed a Tv role as Simpiwe.

The beautiful actress is known for her nervousness when she is on the screen.

She confesses to being nervous and said it is responsible for her not so impressive acting skills.

She however hopes to hone her skills and get better over time.

The actress has kept her private life hidden from public glare. The only that is unhidden is her activities on Instagram.