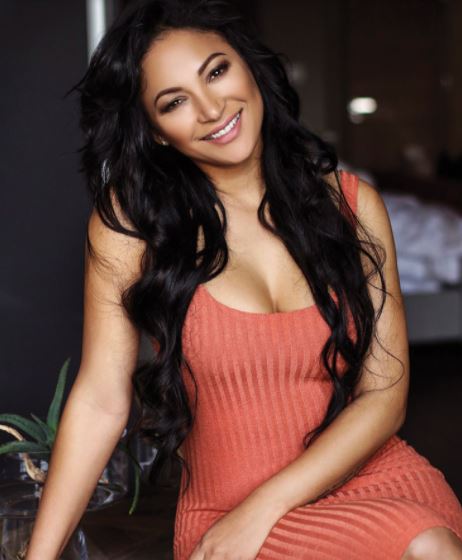 Tarryn Lamb is a pop singer, songwriter, and actor from Mzansi. The talented South African artist is widely known for her work in the band BlackByrd, which has won awards including two South African Music Awards.

Lamb is also known for a few films such as danZ!, which was released in 2017. Some of you may know her from the band La Vuvuzela, which was a hit just before the 2010 FIFA World Cup in SA.

The BlackByrd member has been with the South African band since its formation back in 2012 and has since worked together with the likes of Tamsyn Maker and Axene Prinsloo.

The band is presently signed to the Electric and Musical Industries (EMI) record label. Most of their songs are about heartbreak and love. However, just last year, she decided to embark on a solo journey with songs like Mal oor jou Tarryn Lamb.

The soon to be 34-year-old artist from Ocean View attended the normal path of education before finally joining Waterfront Theatre School. At the theatre school, she studied musical performance and did a bit of acting in prior stages of her education. According to her, acting was always in her heart despite the musical performance education.

The celebrity has had a trying career with some very humble beginnings in her hometown, which is mostly known for fishing. Her career as an artist started out with her playing acting roles in school plays as well as participating in ballad competitions.

She came out in 2002 during season 1 of SA idols although she was eliminated. Two failed bands later saw her establish BlackByrd as the lead singer back in 2012. Since then, she has gone from strength to strength until she decided to go solo last year. She has also managed to be cast in shows like Suidooster and Binnerlanders.

Not much is known about her parents although her dad was a teacher as well as a navy officer at some point.

The artist tied the knot in a private Tarryn Lamb wedding that was held on 3rd November last year. The details have been extremely low key. However, according to her, the wedding was meant to be extremely intimate with only family and close friends. Tarryn Lamb fiance now husband is called Lester Timothy.