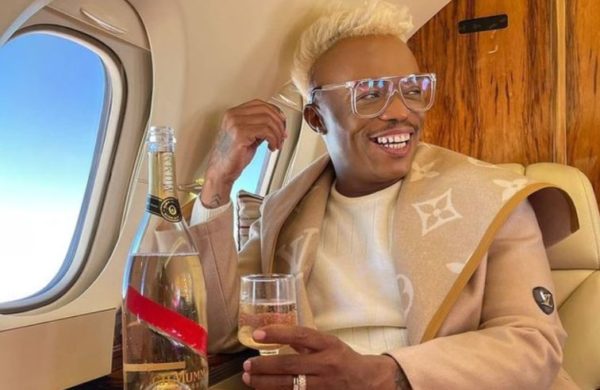 Currently a co-host of #TheBridge on Metro FM, the celebrity first gained prominence after appearing on Sarafina in 1992. Since his emergence in the entertainment scene, Somizi Mhlongo has racked up a number of appearances in films and Television shows.

Born to parents who were already in the entertainment business, it is easy to see why Somgaga became interested in the industry at just the tender age of 13. The celebrity’s father, Ndaba Mhlongo was an assistant director, comedian, and actor.

The father is known for works like Strike Force (1986), Isivumelwano (1978), and Bad Company (1985). Somgaga’s mother is a former actor called Mary Twala, also from South Africa. Recently, in 2011, Somizi Mhlongo mother received a nomination for the Africa Movie Academy Award for Best Actress in a Supporting Role.

Somizi Mhlongo daughter, who is about 25 years old, is called Bahumi Madisakwane. He had the baby with the news anchor, Palesa Madisakwane.

The outspoken gay actor in March 2018 admitted that he is engaged to his boyfriend called Mohale Motaung (Tebogo). The two met at an event by Louis Vuitton and Moet & Chandon. According to Somgaga, the two got engaged in France close to the Eiffel Tower.

The couple got married in a traditional wedding on 28 September 2019, and they had a white wedding on 30 January 2020. Mhlongo wedding pictures can be found on his social media accounts.

In October 2016, he bought himself two cars worth a massive R 3.3 million. He later added another one worth R1.5 million. This is just a taste of what he has done. Talk of nice life problems to have. His collection includes a Rolls Royce, a Range Rover, Jeep, Jaguar, and two BMWs.

Somgaga has a lavish home featuring creature comforts like a designer kitchen, a lounge, suede coaches, a painting, and other things. He bought another house worth R6 million in July 2018 at the well-known Zimbali Coastal Resort & Estate in Kwazulu-Natal.

His first movie was the 1978 film titled “Scavengers.” As a young and rising star of Mzansi, he later appeared in other films like The Beloved Country and Cry. His choreography career also started with the film Sarafina. He has since choreographed high profile events like the 2010 World Cup closing and opening ceremonies in South Africa.

He joined Metro FM’s breakfast show in April 2017 until his recent switch to #TheBridge. In 2017, he managed to release his autobiography as well as becoming a brand ambassador of DStv. His main style of music is a fusion of Gospel and Kwaito although he has not had much success in that area.

With all the above details, it is a sure feeling that Somizi Mhlongo will be lighting up SA for a while longer.