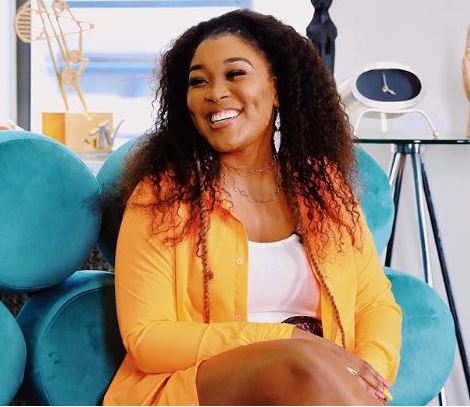 Lady Zamar is a vibrant South African songwriter and singer. She is known for her melodious vocals that she uses in coming up with pop and house genre music.

She is an incredible music performer with a large fan-base in South Africa and internationally. She made headlines on the internet when her well crafted solo album known as “King Zamar” was certified gold.

Lady Zamar was born as Yamikani Janet Banda. Her loving parents bore the South African queen of pop and house music in the Tembisa Township, East Rand, in the province of Gauteng. As a young child, her parents moved with her to Mamelodi, Tshwane Metropolitan that is located in Pretoria, Gauteng.

Even though she insists on being private concerning her parent’s names and sibling names, it is essential to know that she is cross cultured. According to her revelation in a SABC interview with Thomas Mlambo, her father is responsible for her name. Her name Banda is from a Malawi language known as Chichewa. She was given her name based on her father’s joy during her birth.

Lady Zamar shares four different cultures. This makes it hard to decide her ethnicity. According to the YouTube interview, she says that her father and mother belong to double cultures. As a result, her parents had no choice but to communicate through English as they dated.

Later on, the parents got married. While Lady Zamar and her siblings were growing up, they communicated in English. As a result, she was quite confused as a child where she stood concerning her ethnicity. On the other hand, the use of English from an early age has greatly helped her in her music career.

The pop star and house vocalist had developed her love for music at a very tender age. By visiting her YouTube page, it is recorded that she was involved in live singing while she was just six years of age. As a young child, she fancied great musicians such as Tracy Chapman, who was one of her role models in the music industry.

As a teenager growing in Pretoria, her love for music was evident for the hip-hop genre. She frequently hooked up with other music enthusiasts in Pretoria where they engaged in musical rhyming and cipher competitions. She also attended various local musical shows and competitions.

Talk about beauty with Brains; Lady Zamar is a professional writer. Her creative writing skills have helped her come up with her award-winning music collaboration and her gold solo album. As a teenager, she considered herself to be a predominant poet. She decided to call herself Lady Zamar as she was not sure if her mother would approve her love for music. She says that her mother was such a Christian radical; hence, she had to hide her identity as a secular songwriter and singer.

At some point Zamar had a great dilemma between her music and education. As an educated lady, she has always had the passion of becoming a lecturer or a professional teacher. She specifically has a great passion for exploring, learning, and teaching theory in literature. Due to this, she had planned to move from the South African music scene and relocate to Korea. All that changed when she started getting much love for her released musical songs. This song is known as “Run Away”, a duet between her and Junior Taurus. As a result, she started believing that music is her life, and hence, she ventured full time into music writing, collaborations, performing shows, and coming up with her album.

Two is better than one! Lady Zamar made her debut in the south African musical scene with Junior Taurus. The Duo took over the South African airwaves with their first duet song “Cotton Candy.” Currently, the song has over 156,000 YouTube views and yet has no video. Such high views are record-breaking for South African audio album songs.

Just a few months after the duos great debut, Lady Zamar came out to the public domain and declared that she was going solo. She started working on her solo album that is called “King Zamar.” After two years of hard work and dedication, she released the album under the record label “Universal Music.” This was on the 31st of March 2017. The record was certified “Gold” by Recording Industry of South Africa (RiSA) that used to be known as Association of the South African Music Industry (ASAMI).

Currently, she is not married to any known individual. She considers herself as a love ambassador. This is based on her music that promotes good vibes in an attempt to unite everyone by music.

Lady Zamar made her debut with Junior Taurus through her album Cotton Candy. She rose to fame with her major jam Mamelodi back in 2011. The songwriter and vocalist is known as South Africans“King” of house and pop music. This is through her album King Zamar. The South African finest has a great future in the pop and house music industry.