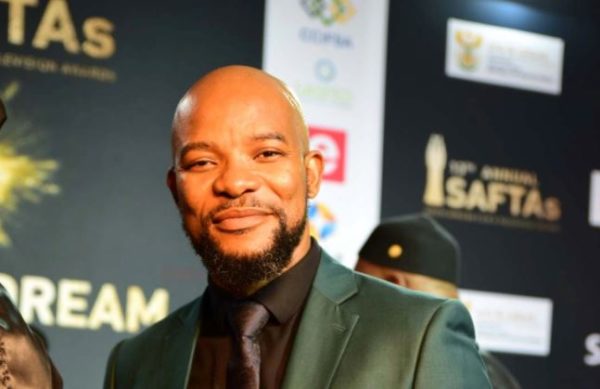 Hlomla is the son of Mvume Dandala and has a sister Gqibelo. He has a daughter Ziyanda and was previously married to TV presenter Candy Litchfield. He speaks four languages: Afrikaans, English, Xhosa and Zulu.

Aside from his TV roles, Hlomla Dandala is also widely known for plenty of storms that he is part of in social media circles like Twitter and Instagram. The good-looking actor has pretty much everything that you would expect from the present-day celebrity.

When Hlomla was in school, he could tell that he was destined for a life behind the camera despite his love for Mathematics and Science. After high school, he joined Wits University where he majored in Drama.

After his drama days, Dandala started to emerge in the entertainment industry as early as 1995 when he was part of the reality show called Channel O. After that, he branched out to other roles that he has perfected today. Some of his most recent roles include playing Gomorah in Rockville as well as Kingsley Siseko Langa in the show Scandal! on e.tv.

Mr. Dandala has been divorced once, back in 2013, after it emerged he had kids out of wedlock. His ex-wife is called Candy Litchfield and the two simply could not work things out after those details came out. However, Hlomla holds that he fathered his other children when they were already separated. After the divorce, the handsome actor got married again to his present wife, Brenda Dandala, who is also a TV presenter.

Dandala has five known children although only three names are known: Ziyanda Dandala, Sam Dandala, and Tao Dandala. He has his blog where he talks about raising his kids.

Well, early in the year, he heatedly argued with Pamela Nomvete over xenophobia in the country. In March, when Chris Chameleon in a video expressed that white people in South Africa feel targeted after Danny K’s message, Hlomle responded to Chameleons statements, pointing out the singer’s level of ignorance in the statements.