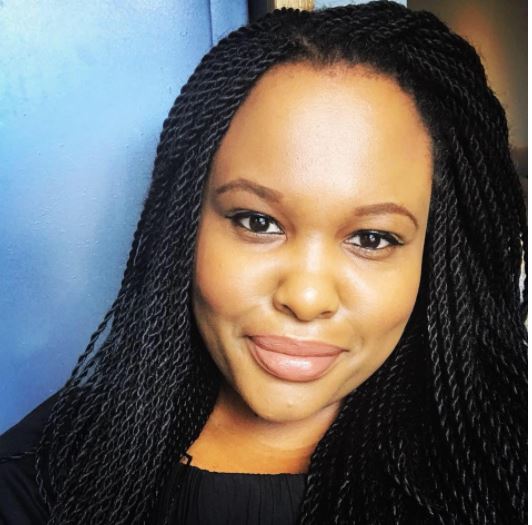 You will agree that Letoaba is a bold woman who does not blink until her voice is heard. Her personal life and career progression are a clear demonstration of her strength and successes alike.

Letoaba and her father seem to have such a good bond unlike any other member of her family. Their resemblance is beyond doubt, and the TV girl confessed that she inherited her love for wine from her father.

It is for sure that Flo has a charming and sporty son, Kganya Legoete, who keeps her smiling.

Flo has a rich background in Law and Media. She started nurturing her strong passion for media presentation early into her college years. Flo worked for UJFM 95.4 (known as Rau Radio back then) for a couple of years until 2005.

It is through her successful stint with the campus radio that Letoaba landed for a job at Metro FM, where she worked as a weekend newsreader.

Flo served as a newsreader at SAfm for a year, after which she started hosting the more demanding Weekend PM Live (current affairs show).

It was not long until SAfm promoted Florence to host a Breakfast Show on weekdays between 6 and 9 am alongside Caesar Molebatsi.

She broke history as the youngest presenter who has ever cracked the Prime Time News on the channel at the age of 22 years. Flo left SABC in 2011, citing overwhelming work and highly demanding position.

In 2012, Florence joined eNCA, a newly established African channel, as one of the main presenters. Her expertise enabled her to popularize eNCA’s late-night news. At the same time, she was juggling her talk show on Talk Radio 702.

EWN news reporter fired was a huge headline, with different investigative stories emerging about her untimely exit from 702.

Her in-fighting with Katy Katopodis, EWN editor-in-chief, and feud with Anele Mdoda confirm the pressure behind Flo Letoaba fired news.

After several months of inactivity from local screens, Flo re-merged on SABC. News about her return circulated speedily, many questioning her new package deal with the media company.

Soon after, her return raised suspicious with some people calling for SABC to stop recycling old faces.

Flo drummed her defense and bashed the critics, stating that her job was a fruit of her brains and a far-reaching experience. She is currently an influential journalist among SABC presenters.

Flo is the owner and managing director at Refilwe Matla Productions. This is confirmed by the firm’s website, which states that she launched Refiliwe Matla Media together with Sehlomola Mashatole, Tebogo Ramatjie, and Portia Kobue.