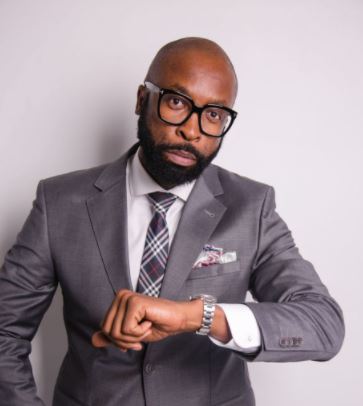 Dj Sbu grew up in Tembisa and eventually moved to Pretoria when he enrolled at a secondary school to further his education.

Sbu was born in 1979, he was an only child in his family. He attended Central Secondary School in Pretoria. After high school, Leope joined Media University to study engineering.

He loved Maths since his childhood, but as fate would have it, he joined a radio station to be a broadcast presenter. There, he worked as a volunteer producer and presenter for one and a half years.

While at it, he discovered his love for both radio and TV, and since then, he became stuck to this career. Dj Sbu radio station, YFM, allowed him to break out and become famous as a radio host. The famous DJ has a daughter, Waratwa Leope, with his former partner Disebo Makatsa.

The accomplished entrepreneur has written a book ‘the mindset of an entrepreneur’ that tells readers how to come up with ideas and turn them into successful businesses. The book is a best seller in South Africa.

The DJ lives in a modern, beautiful home in South Africa. The house has an in-built recording studio. His net worth is estimated to be R27.3 million, which comes from the wealth he has made from radio, TV proceeds, as well as from his businesses.

He has recorded several songs that have garnered much acclaim. Some of his songs include: