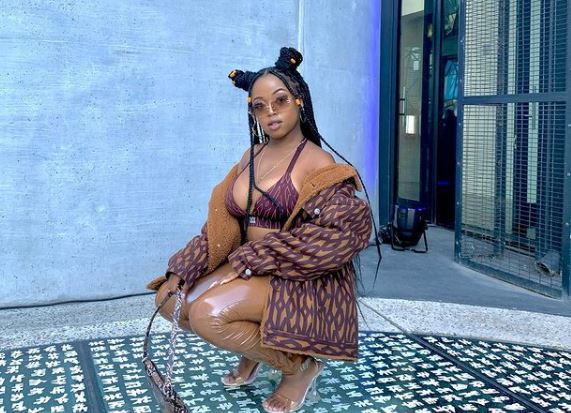 Dee Koala is an upcoming rapper, best known for her single titled Koala, which she released in 2016 as part of her 6-track EP 18-18.

Riky Rick noticed her mind-blowing bars in both English and Xhosa at the Major League Gardens festival, which further propelled her career.

Dee is simply a nickname for Odwa (her real name), while Koala refers to the animal. She describes the koala as her spirit animal. Since the koala species is almost extinct, she wants to make sure that they are not forgotten.

Odwa Situma went to a Muslim school that mostly had coloured students. She participated in arts, especially poetry. However, even then, Odwa would still write rap verses as part of classwork presentations and even used to help her friends. Back at home, she grew up with a big brother who attempted rapping but did not take it seriously.

Previously, Odwa was convinced that poetry would only be her thing up until Grade 6. That changed while she was in Grade 12 in 2016 after she started recording and making music on the studio and loved it.

At that time, she had a lot of friends who were into rapping. Those friends encouraged her to record her music after they heard some of her samples. It was, therefore, in 2016 that Dee Koala the artist came to being. She has since worked on quite a few projects such as Dee Koala 4 the Khaltsha, a mixtape.

The name of the tape came from the name Khayelitsha. Aside from it being a nickname, Khayelitsha translates to the word culture in English. Indeed, the tape is true to its meaning as it seeks to address the culture- ranging from the people to that of hip-hop.

Rapping aside, Dee is Adidas Originals ambassador. This is no shock because her popularity has made her a valuable influencer.

Earlier this month, the rap queen finally unleashed the visuals for her hit 4 The Khaltsha’ featuring Lookatups. This came after she hit 8K subscribers on YouTube, which was the decider for the release. Congratulations to her on this big step!

Khayelitsha is her biggest project yet, and she wants to nurse it as much as possible, so Dee Koala boyfriend is not her focus right now.