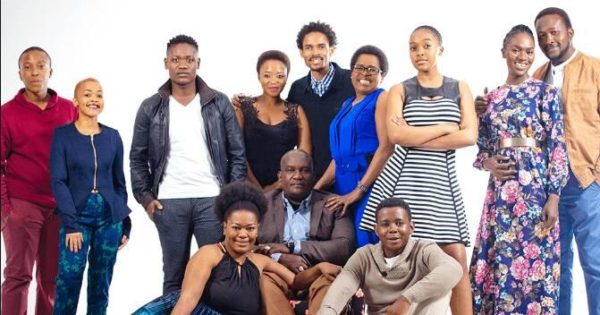 Bonding with family is one important thing. You could keep up the same energy by developing a routine where you spend time watching a fascinating show like Skeem Saam.

Jonas opens up to Emma about how he feels, how is she going to react to that? Babeile and Malebana are forced to reach out to Turf’s most prominent foe, and Rachel regrets proceeding with her drug plot.

Lehasa is thrilled when he receives information about one of his nemesis being taken down, and one of the learners nearly misses going on the much-anticipated trip. On the other hand, the nagging suspicions that Marothi has been making concerning his long slumber intensify, and he is willing to do everything to find out the truth.

Someone speaks words of hope regarding Wallet’s dormant career, which is on the verge of blooming, and Marothi goes ahead with investigations to demystify what is wrong with him. A grade 12 party is secretly being held in a hotel, and the host of the party is already drunk.

Sthoko and Alfred get tensed when they find out what the students were up to the previous night, and Glenda finds a solution to her problems. Rachel realizes that she made a grievous mistake; therefore, she turns to Nimza for help.

Kwaito’s family is uncomfortable about Glenda’s return, and Rachel is unsure about what she should do when Marothi regains consciousness. Four boys get into unprecedented trouble when they let their curiosity get the better part of them.

Three male students go through one of the most horrifying experiences in their lives, and the Principal has to deal with the wrath of angry parents. Meanwhile, Marothi is unable to believe the horrific accusations that the hospital staff is making.

Information about Celia’s husband’s infidelity comes out, and she is forced to bear the trauma that the news brings. Something is found in the game reserve, and it leaves Alfred tensed, and Mr Desando pauses as a threat to the Principal’s job.

Rachel opens up to Marothi, and the confession leaves Marothi horrified. A mother is forced to make a decision that will haunt her forever. The members of Turf High receive some devastating news and the Principal requests the school to stay calm.

Wallet is too beguiled that he cannot refrain from kicking off his new venture, and Marothi has to deal with the elephant in the room. In the meantime, Celia is overwhelmed by her rage that she does the unexpected.

Rachel asks Marothi to do the right thing, and when he declines, she gets filled with rage, and Wallet’s overzealousness impresses Lelo. Jona’s mother makes a demand that troubles Principal.

Unwittingly, Rachel reveals sensitive information regarding the drugs to Marothi, how will he react? Elizabeth encounters an enemy, and as a result, Kwaito’s house of cards comes tumbling down. Alfred’s world comes crushing on him, and his friends persuade him to do something immoral.

Glenda and Lelo hook up with a mutual friend, and Rachel tries to do some damage control to the mess that she has created. The members of the dating club try to come up with a plan on how they will take care of the pending interrogations.

Celia faces the consequences of sending Alfred away, and Rachel devices ways of doing damage control to the mess that she has created. All those involved in the school trip narrate their experiences.

Pretty talks Kat into fixing her differences with an old friend, and Rachel is shocked by the state of her marriage on the eve of her first anniversary. Something happens, and it interferes with Alfred’s plans to go back home.

The members of the dating club are bewildered when they find out that someone snitched on them, and a furious lady nearly runs over Sthoko as she heads to school. On the flip side, a man shows up at Rachel’s doorstep with his mistress and Rachel acts all cool.

A young wife is perturbed when her husband pauses as a threat to her life, while MaNtuli defends her daughter, and the wrath of the Kwaito’s befalls Lizzy.

The decision that MaNtuli makes angers Kwaito, and a couple that has been in conflict set limits to how they will interact with one another. Ramolao opens up about how hurt he is, and this breaks Koloi’s heart.

Clement faces the wrath of the accusations despite his efforts to try and defend himself. Marothi comes across some horrifying information when he tries to handle Rachel, and Lelo is thrilled to find out information about a visitor that she hosted.

Dragon loses it before Sthoko and Alfred, and the war between Marothi and Rachel heightens, and Mapitsi finds herself in an uncomfortable situation.