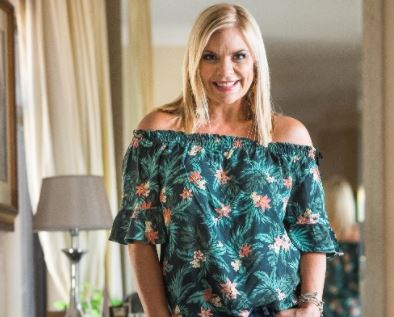 Amor Vittone is an Afrikaans and South African pop singer who doubles as a dancer, actress and presenter.

The singer has Italian roots and is mostly known for her Voluit album attained the gold status after more than a year of its release.

She has won the South African Modern and Tap dance championship for seven years in a row.

She has also appeared on the covers of several magazines and has been nominated for many awards in her career.

She made her first appearance in the industry after she released her first album in 1998. She called it Wild Cherry Kisses, it was produced by EMI and contained Afrikaans and English songs as well as a song which revealed her Italian origin.

Within six years, she had released four musical albums between 2000 and 2006.

Her popular album Voluit was the last to be released in 2006. She has other productions for dance, they include: Strictly Tap Dance Fever and Streets of Gold. Her dance production titled Amorisque was made available to the public in 2012.

Besides being a singer, she has featured in movies like Richard Loring’s Girl Talk, and West Side Story in the Pretoria State Theatre.

She is also a part of the Tv lotto program called Road 2 Riches, and she has been part of shows like: Mainly for Men, Puzzle Bonanza. She also hosts her own radio program on Jacaranda FM.

Amor was born in Johannesburg and won the Miss Johannesburg as a teenager. Later on, she attended the Rand Afrikaans University and was awarded an Honors degree in Communication.

Amor was married to former rugby player Joost van der Westhuizen. The duo got married in 2002 but went their separate ways in 2008. They had two children – Jordan and Kylie together.

After Joost van der Westhuizen died in 2017, Amor had charged his family to court because she and her children were virtually left with nothing from his properties. However, she was able to win the case against them.