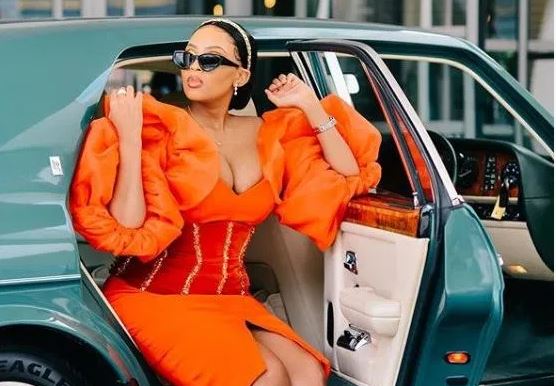 Linda Mtoba is a multi-award winning South African actress, MC, and content creator. She is best known for her role as Zama on Mzanzi Magic’s Isibaya. She was born on 11 November 1991 in Umlazi, South Africa. She was 28 years old as of 2019.

Mtoba lost her father when she was 13 years old but had a loving step-father fil the void. She has been guided to a successful life by her mother, Celiwe, who has been very supportive. Linda Mtoba has a younger brother who is 8 years younger than her.

The actress, after completing school, started off as a qualified IsiZulu teacher teaching children from grades 1 to 5. Through this experience as a teacher, she gained some confidence which has helped her in her career as an actress.

She landed the role of Zama on Isibaya after her friends pushed her into auditioning for a show. She is currently playing Nomonde in 1Magic’s best selling telenovela, The River.

Mtoba is married to Steven Meyer. They tied the knot in 2017 after dating for 6 years. The couple had two wedding ceremonies which were lavish.

The sassy actress and her husband are in love, and they do not shy from displaying their affection towards each other. They spend plenty of time together and this deepens their bond.

Linda, whom most people referred to as “Mrs Husband” has made most people admire how beautiful being married is. Her marriage has been cemented by Linda Mtoba pregnancy. This revelation comes after social media appointed her as the ‘young marriage ambassador’ because of her posts. She is a proud mom of a baby girl born in 2019.

Mtoba enjoys shopping for exquisite pieces of clothing. All fashion lovers know that all Linda Mtoba dresses are elegant, stylish, and thoughtfully matched to make an alluring ensemble. She also enjoys travelling, and France is her favourite destination.

The former teacher is very active on different social media platforms. On her official Instagram page, @linda_mtoba, she has over 1.2m followers. The Linda Mtoba Twitter account also has over 238,000 followers while her Facebook page has over 143,000 likes. She is active on these platforms and often puts up photos of her daily activities. She considers herself a transparent person on social media.