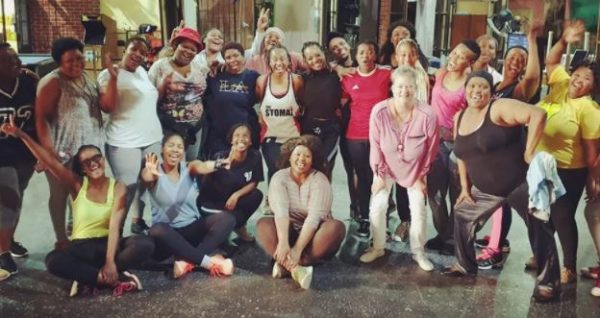 If you have been caught up by the wave of watching soap operas, you should consider adding Skeem Saam to your watchlist.

You will be pleasantly impressed at how the show has been curated to imitate South African society by bringing out some of the challenges that anyone could face.

Skeem Saam is a soap opera that highlights the life of a community and how the members of the community carry themselves around.

It also encompasses a twisted love story, the rivalry between families, and the never-ending quest for revenge. Skeem Saam teasers for March 2020 provide a glimpse of what you should expect in the oncoming episodes.

Francois realizes that making up for the people that he hurt is not going to be easy. The issue that is troubling Clement is making him isolated from the people that love him. The presence of Mokgadi and Leeto is making the members of the Maputla home troubled.

A couple that has not been in terms finally decides to fix its differences. Alfred is disappointed when one of his colleagues dismisses a significant offer, and the Turfloopers are overwhelmed with many emotions before the big event.

Mokgadi deceives Leeto so that she does not find out the truth. Sifiso is battling the request that Francois made to him, and Koloi gets into a confrontation with Jonas, and he ends up with an asthma attack.

The confession that Mokgadi made fell in the wrong ears. Sthoko’s boss does something that makes her feel uncomfortable, and Francois makes up his mind about becoming a better man.

The bad blood between Vivian and Lehasa is becoming more intense. Koloi increases the costs for Noah, who is trying to seek Emma’s favour. Mokgadi is beginning to have doubts about whether Leeto values his marriage.

Someone is planning to compromise Lehasa’s freedom. John discovers something regarding Leeto and his wife, which makes him devastated. Rachel, Nakodi, and Marothi are fantacized about something.

Rachel finds out that some people do not have the best intentions towards her. Lehasa has to decide on how to deal with Vivian’s threat, and Shadi could be planning to obstruct the plans that Noah and Koloi have.

Lehasa could be the solution to the problems that Phomolo is going through. Marothi is annoyed when he sees Rachel wandering with a student during school time. Shadi storms in and finds Noah in a compromising situation with someone that he least expected.

Lelo is forced to do something drastic in a bid to rescue Lehasa. Mokgadi got surprised when Noah made a different decision regarding a matter that affects his future, and Celia eavesdrops a conversation between Alfios and Charles.

Lelo’s craziness leaves Phomolo and Lehasa shocked. The members of the Dating Club are excited about the dreams and plans that they have. Sthoko changes her mind about a certain gig.

Rachel realizes that managing her home and being present at her workplace is not as easy as she has envisioned. Noah does something that captures the attention of the class and one particular girl. Lehasa discovers something as he conducts his investigation.

Rachel’s career in medicine hits rock bottom before it struggles to be stable. Fanie finds out some interesting details regarding the investigations that Lehasa has been carrying out, and Noah gets surprised when one of the renowned poets in Turf interrogates him regarding an original piece.

Marothi is surprised when he finds out about Rachel’s work arrangement, and he decides to adopt a new policy. Sthoko is willing to face the bully at her place of work. Lelo makes an unexpected demand from Lehasa regarding the nut factory.

Mamashela is surprised by the identity of the person that she thought was her enemy. Inconsistently, Emma shows two different emotions that leave Noah confused. Out of frustration, a stepmother makes a list of demands to her husband.

Rachel is struggling with the transition of being a working nurse. The plans that Alfred had made for Sthoko have to change. Lehasa is forced to face the situation with the revenue services department, and Lelo is convinced that he has been side-lined.

Alfred is disturbed by the demands that Celia makes to him, and he finds them unreasonable. Phomolo and Lehasa decide to go on with the plan that they had made. Rachel’s domestic situation is beginning to get out of control. Also, the situation gets worse when Marothi starts behaving strangely.

Marothi is afraid of losing Nakedi because of Rachel. Kobus delegates a huge task to Lelo, and the job entails the nut factory case. Meanwhile, Principal tells Alfred and Sthoko something that leaves them shocked.

Marothi resorts to pulling a pleasant surprise for Rachel. He thinks that by doing this she will stop interfering with his plans. Sthoko and Alfred get into an agreement about the school trip. Phomolo goes ahead to reveal the evil plans that he had made with Lehasa regarding Lelo.

Elias comes with a shocking surprise for Marothi and Rachel. The angry and dissatisfied staff members face Candice and Kat. Noah goes ahead to say something embarrassing, and he was shocked by Emma’s reaction.

Principal witnesses an incident with two colleagues, which left her with a lot of questions. Phomolo gets a chance to get close to Lelo, and the Maphuthuma household declares war on Nakedi.

Rachel plans a family meeting, and it ends up not as planned, which shatters Marothi’s hopes. Clement realizes that the bad blood between his mother and grandmother is more intense than he had thought. The plans that Lehasa has made regarding a greedy girlfriend go sour.

These Skeem Saam Teasers for March are just the tip of the iceberg. Make sure to catch the show on weekdays at 18:30 on SABC1.