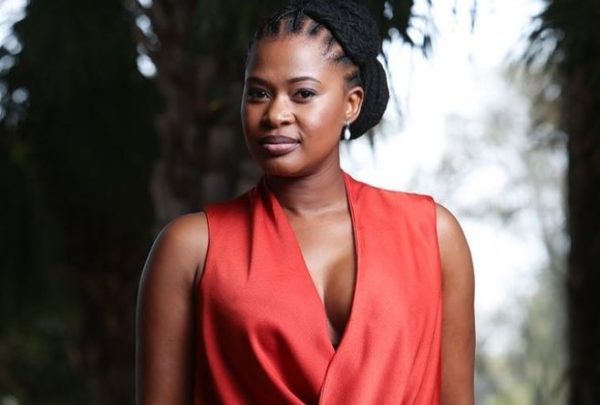 Zenande Mfenyana was born on the 11th of October, 1985 in Kagiso, East Rand, Johannesburg before she later moved with her family to Queenstown, Eastern Cape. Therefore, at the moment, Mfenyana is 34 years old but she is going to be 35 years in a few days.

The South African actress Mfenyana is best known for the role she played on the popular soap opera Generations as Noluntu Memela before she got fired in 2014 alongside fifteen other actors. She was also a voice-over artist. A Bachelor of Arts degree holder in Drama, Zenande finished in 2009 from the Tshwane University of Technology.

Zenande went on a tour with a music show which granted her the opportunity of visiting different schools in Gauteng. Then, she also went into some children’s productions.

Mfenyana has featured in several movies, including Liefling (2010), Kampterrein (2017) and All About Love (2017). Apart from those roles, she presently plays the part of Goodness Mabuza on The Queen soapie teasers. Zenande Mfenyana sister, Akhe Mfenyana, also has appeared on The Queen Mzansi drama series where she played the role of an enigmatic woman known as Goodness.

The actress is quite private with her love life. However, in 2020, she revealed that she’s dating a lovely man after a dirty split with ex-boyfriend.

In 2020, the star welcomed a baby girl, and she served one of the beautiful pregnancy photos.