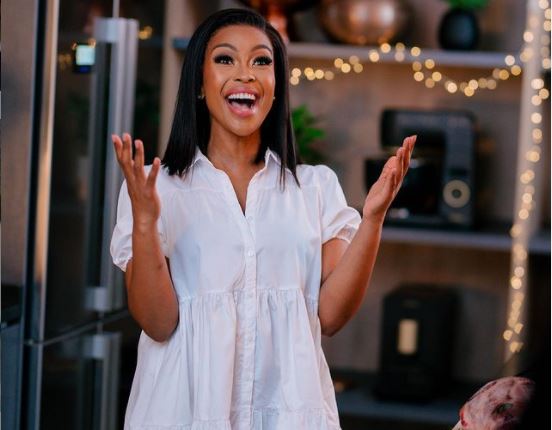 Lorna Maseko is a South African chef, who has gained success in her career, and she’s an inspiration to her young ladies.

Lorna also remains the first ballerina who is black to take a significant role in South African theatres. But is that all about her? Lorna Maseko also prides in occupying a position that enables her to empower much youth in South Africa, and as an entrepreneur, she has mastered the art of turning what she loves and is passionate about which is culinary arts into a career. Then, as a presenter and producer, she has equally worked on an entertainment programme known as Afro Showbiz News.

Maseko was born on the 3rd of July 1983 and also raised in Alexandra township in Johannesburg.

In December 2010, Maseko got married to Joburg-based sales executive Gcina “GC” Lukhele at that time. They exchanged marital vows before 150 of the family and friends who were the closest to them and the whole event took place at the Memoire wedding venue in Muldersdrift. Even though they ensured that the wedding was a private affair, they let the media peep in eventually after a month down the line.

However, in 2016, she announced during an award show that she’s a divorcee.

The star has bagged multiple awards, both at the national and international level due to her top notch skill as a chef.