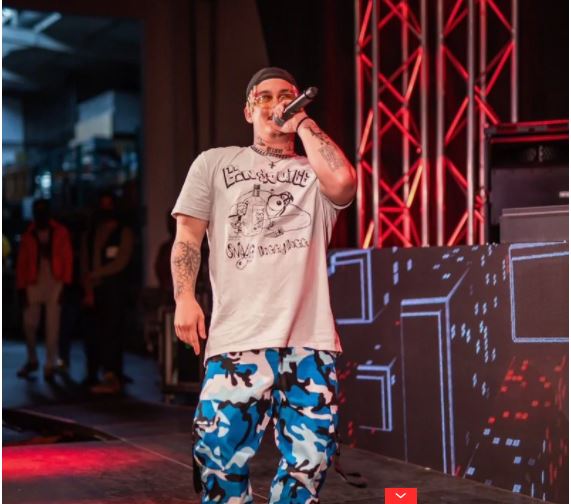 Costa Titch’s journey into limelight is inspiring in that the young artist has an unbreakable spirit when it comes to achieving his dreams and living them.

When Costa first hit the spotlight, he was first known as a dancer and then he stretched his skills and discovered his amazing rapping talent.

He has won and is winning the hearts of rap lovers across the country, as he is the latest big talent in the entertainment industry.

Costa has been dancing since he was a child but he however didn’t take it serious until he graduated from high school and relocated to Johannesburg to start a dancing career.

At Johannesburg he joined the New Age Steez dance crew and from there began to participate in both national and international dancing competitions.

For his rap music that is presently endearing many hearts to him, he became known after he released Activate which received wide acceptance immediately.

He has worked with notable rappers like Cassper Nyovesrt. He often claims to be one of the pioneers of African trap music, his own kind of rap music.

His music is different because he uses a blend of traditional language – Isizulu in his raps which is making him popular among traditional music lovers.

The ingenious rapper who will be twenty-six by his next birthday has shared the stage for a performance with big names in the industry like DJ Cleo, Phantom Steeze, and the Eskhaleni team.

He has also released albums which have been widely accepted by his fans they include: For Real Trappers Only, OMWTFYB, Wonderland EP, Gqom Land, Fallen Kings.

He has also collaborated with other artists in songs like: Nkalakatha, Thembi, Stimela, Instincts, We Alert, Hit That Woah, Geza, Chi Vu, Phezulu, Ekse, Instincts among others.

Many of his fans are curious to know about his personal life and who the love of his life his. The rapper is yet to disclose any of these, however, it is assumed that he came from Mpumalanga province’s capital of Nelspruit since that was where he was born.