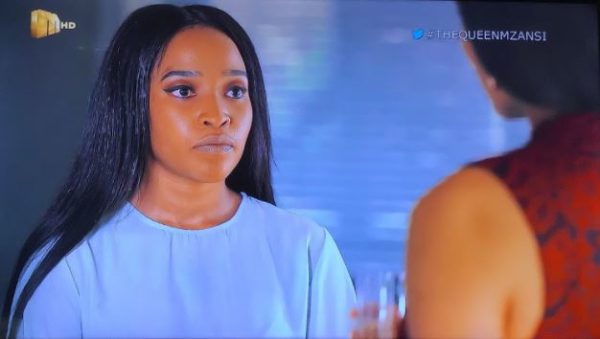 Talk about a plot twist. Aactress Cindy Mahlangu is set to make a return to the much-loved telenovela The Queen this week.

Cindy, who plays the character of Siyanda on Mzansi Magic’s hit telenovela, was shot by Goodness, played by Zenande Mfenyana, as she presumably made her exit from the show in June.

While many thought she had died, the show took to Instagram to announce that viewers would get to watch Siyanda on their screens again.

The caption read: “Hope y’all are ready to watch your girl Cindy Mahlangu as she makes her highly anticipated return on The Queen this week.”

The show also shared a teaser of how Siyanda was going to be reintroduced on the show. In June, Siyanda’s death was overshadowed by Shaka’s return in the same episode.

Although Shaka’s return was very brief, he made a memorable scene that had fans wondering where Shaka’s storyline was going.

Now that Siyanda is “back from the dead”, some fans can’t help but share their excitement about her return while others criticised the show for bringing back dead characters.