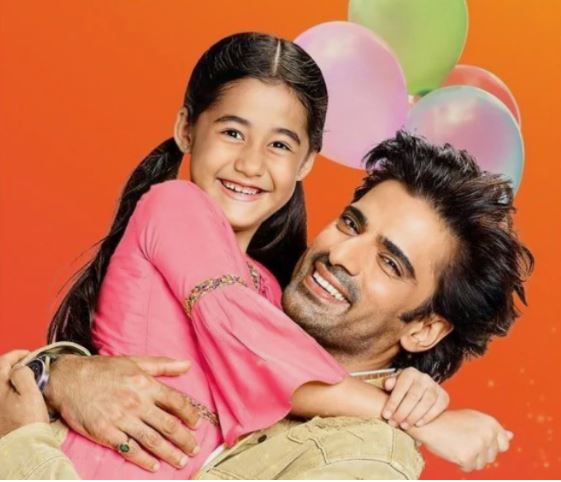 Do you look out for quality content when deciding on which soap opera to settle for? Kulfi The Singing Star teasers in its quality content is full of suspense and drama twists.

With each episode of Kulfi The Singing Star, there are more moments of humour that will melt your heart. It is one of the best soapies to make your relaxation time worth it.

Kulfi The Singing Star cast consists of many talented actors who add many elements to the television series. The drama revolves around Kulfi, a singer who does not know her father but sets out on a journey to find him.

The unfolding drama resulting from the search and other emotional moments from other Kulfi The Singing Star characters will keep you entertained.

If you are thinking about how the curtain was drawn on the last episodes and desire to see the next line of actions, these teasers will serve you well.

Kulfi is overjoyed when Sikander surprises her at her birthday party. Amyra becomes angry and smashes the cake in Kulfi’s face.

Amyra says something strange to Loveleen and Sikander when she feels left alone. She later lashes out in anger.

Sikander and Kulfi attempt reaching through to Amyra. Miya is given permission to make Amyra famous by Sikander, but it comes with strings attached.

Loveleen tells Amyra the truth while crying. Sikander finds it difficult to deal with Amyra’s outbursts.

After she is mean to Kulfi, Sikander angrily tells off Amyra. She says she is sorry, but there is more beneath the surface.

Kulfi is overjoyed when she finds out that Sikander will tell the world she is his child. She and Amyra give off a great performance to an audience.

The news that Amyra loves Sikander makes him happy but he is then saddened to find out that she hurt herself. His unforeseen decision later breaks Kulfi’s heart.

Amyra is happy at Sikander’s cowardice while Kulfi is heartbroken. Mahinder takes drastic action when angered by Sikander.

In front of members of the public, Mahinder assumes responsibility for Kulfi. Sikander’s actions confuse Loveleen.

Amyra opens up to Sikander. He is angered by the decision Vikram made regarding Kulfi.

Sikander becomes angered after Amyra makes a demand. He does not like Kulfi’s decision to perform at a wedding.

Kulfi has a tough workday and she startles Sikander with an injury she sustained. Mahinder asks Sikander to do something tough.

Mahinder wants Kulfi and Vikram to perform the Guru Purnima ritual. Kulfi attacks Sikander when she finds out the truth.

Kulfi berates Sikander for what he did as he tries to calm her down. She stuns everyone with a decision.

Sikander is crushed when he is unable to find Kulfi. She takes a bold and unexpected step when found by Vikram.

Kulfi is promised fame and fortune by Vikram. Kulfi agrees to return home when Sikander pleads, but under a condition.

Murphy Singh is hired as Kulfi’s secretary by Vikram. Loveleen is troubled and Mahinder has a heart-to-heart with Gunjan.

Murphy Singh sneaks food in for Kulfi and helps her write a song. Loveleen begins to suspect Sikander’s actions.

Loveleen and Gunjan argue. Murphy Singh finds himself in hot water over his anger and Loveleen finds out a shocking fact about him.

Kulfi is forced by Vikram to perform in an outfit she does not like which makes Murphy Singh take a brave step. Sikander is angered by the distasteful action of Amyra.

Sikander hatches a plan to make Kulfi happier by seeking a favor from a friend. Kulfi meets Murphy Singh’s family.

Murphy Singh and Kulfi spend a day with each other. Sikander is stunned by Vikram’s strange plans and Kulfi performs a song.

Kulfi is afraid and wants Murphy Singh’s company, and Vikram takes her to a party. Jimmy is violently attacked by Murphy.

Sikander is arrested when Kulfi says that she no longer trusts him. Vikram plans to use a shocking video to trap Sikander.

Sikander, remorseful, pleads with Kulfi to come back home but instead, she accuses him of killing her mother. Sikander is shocked by Amyra’s words.

Amyra damages her uniform. Kulfi is overjoyed at the thought of attending school. Sikander plans to bring Kulfi and Amyra closer.

Sikander gets assistance from Peter in directing the play that he is putting on. Kulfi sees a miracle while Amyra stuns everyone with her performance.

Kulfi receives some positive news after a competition. Amyra finds herself in a dilemma. Sikander gives Peter Scott conditions.

Sikander hides from Amyra and Kulfi. The girls perform side by side in the play.

When she is ashamed while on the set of Sikander’s play, Amyra kicks up a fierce storm and takes drastic action. Kulfi is shocked to find Sikander brooding.

Amyra and Kulfi surprise people with their odd choice for the play. Two strangers come into the fold and bring with them some shocking news, which lands Sikander into trouble.

Sikander feels helpless when Amyra and Kulfi get the bad news he received from the strangers. The truth behind Nimrat’s death is learned by Gunjan, and it drives him to make an unexpected decision.

Sikander is outsmarted by Jimmy when he alters the terms of their contract. Sikander attempts to put his feelings on display for an audience before a fire breaks out in the auditorium.

Amyra, Kufi, and Sikander struggle to get away from the building which is on fire. Loveleen is arrested when a shocking truth regarding her is revealed to Amyra.

Sikander and his family attempt to carry on in Loveleen’s absence. Jimmy unleashes his trump card. Loveleen’s path crosses with that of someone she knows from her past.

When an invitation to live with Kulfi is extended to Amyra, she breaks down uncontrollably in tears. Sikander gets an odd phone call. He then recalls some memories as he gets ready to move out.

Sikander cries uncontrollably when he decides to keep his distance from Amyra and Kulfi. They confront him before running into a crowd that is out of control.

Amyra, Kulfi, and Sikander relocate into the new house. Amyra and Kulfi are bothered by some children from the neighborhood who throw eggs at them.

Amyra notices misbehavior from society members with Sikander. Kulfi tries to find out why they are so hostile. Sikander suffocates that night.

Loveleen becomes more disgusted with Sikander after she is beaten in jail. Kulfi overhears the shocking plan being cooked up by the society members.

Kulfi makes the decision to go looking for Matka. Loveleen faces more hardships while in jail. Sikander visits her.

Amyra and Kulfi try to reveal Matka’s untold truth. The angry society members confront Sikander. Everyone is in for a rude awakening.

Loveleen, seething with anger, gives her father a devious assignment. Sikander tries hard to make Amyra’s wish come true but it does not work out.

The other children and Kulfi dress up to look like gods. Mahinder grows worried about Sikander. Loveleen discovers a potential means to escape prison.

Amyra and Kulfi decide to make some cash so they can purchase an idol of Lord Ganesha. Sikander takes his daughters out to celebrate his new job.

Sikander panics after losing all of his money at the restaurant and later creates an idol of Lord Ganesha. Loveleen continues facing hardships behind bars.

Kulfi says a fully-committed prayer to Lord Ganesha, asking that he steps in and resolve Sikander’s financial predicament. Sikander is shocked when he meets his new boss.

Kufi sees Amyra with some strange people and is shocked. Loveleen and her friends build an explosive in prison. Amyra is caught red-handed by Kulfi doing something unthinkable.

Amyra is terrified when Kulfi is cornered by a bunch of thugs. The police grow suspicious of Loveleen’s intentions.

Amyra and Kulfi bake an unusual cake while Loveleen does the unexpected in her plan to escape from prison. Amyra is confronted with bad news from her friends and she is heartbroken.

Loveleen is very happy when she sees Amyra. Sikander’s new boss asks him to sing his most loved song. Amyra is shaken to her core when she sees a thief at midnight.

When she sees Matka behind the idol of Lord Ganesha, Kulfi becomes suspicious. Sikander requests something from his new boss. Loveleen concocts yet another clever scheme.

Sikander is blackmailed by Loveleen after the plan she hatched runs into some complications she had not predicted. Amyra demands the truth as the police arrive at the society.

Sikander is angered by Loveleen’s threat regarding Kulfi. The police conduct a raid on a godown to arrest Loveleen. Sikander, helpless, goes looking for Kulfi.

Sikander finds a very important clue that would help in his quest to find Kulfi. Jimmy concocts an ingenious plan to try and salvage his reputation.

Damji offers Sikander a singing job, which thoroughly excites Amyra and Kulfi. They are also excited later when they find a poster of a singing competition.

You can catch all the latest episodes of Kulfi the Singing Star when they air on Star Life every Monday to Sunday at 19:00.