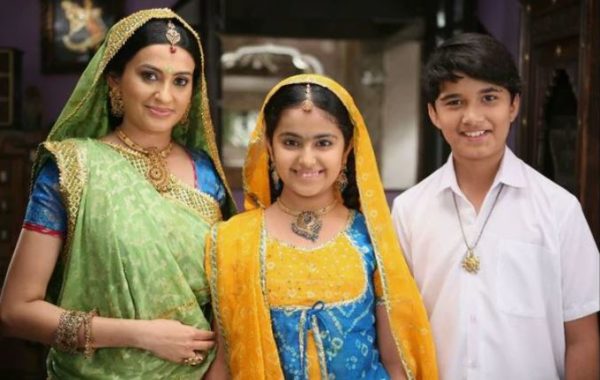 Most people are probably looking for activities that would keep them busy. Apart from spending too much time on the internet, they could tune into a captivating show like Young Love.

Young Love is one of the best Indian shows in South Africa. You can’t afford to miss this intriguing and educative  drama.

Find out if Nimboli will get close to her biological mother and whether the truth about Akheraj’s motives will be revealed.

If you have been wondering what Anandi’s fate will be and what will happen to Harkhi in the oncoming Young Love episodes, this teasers for August 2020 will sum it up.

Kamli reaches out to Jagdish to inform him about Kundan’s return, how will Jagdish react to the news?

Harkhi goes to jail to visit Akheraj and informs him about Kamli’s hand in getting Kundan arrested. Akheraj responds by telling to go back home and murder their daughter immediately. Will Harkhi kill her daughter for the sake of protecting her son?

Anandi expresses her appreciation to the media for agreeing to help her family to find her daughter.

Chagni’s brother informs Mangla that the people know about their location. What will their next move be?

Nimboli and Mangla relocate from the temple to run away from the police. Will they make it to their next destination without being found?

Harkhi informs the police about her suspicions about Kamli tipping Mangla off about the raid. How will Kamli react when she finds out this information?

Harkhi tries to ask for Anandi’s help regarding Kundan’s situation. However, Anandi insists on Kundan paying the price for the harm that he caused because he deserves the punishment.

Harkhi reaches out to Kamli to help her in her situation. However, the response that Kamli gives her makes her startled.

The inmates try to attack Kundan, and when he tries to threaten them using his father’s name, they make fun of him and beat him up.

Anandi gets so overwhelmed by the rage that she slaps Mangla!

Mangla tries too make Anandi believe that she is capable of making Nimboli change the mindset that she has about her mother.

Grandma Kalyani gets excited when she hears that Anandi’s daughter is coming back after spending 11 years in pain.

Nimboli gets excited about the new house and her room, although Mangla gets angry at her for this. She reminds her that they are only there for their safety from the authority.

Mangla tries her best to ensure that Anandi does not interact with Nimboli.

The next morning, Nimboli wakes up earlier than usual to take a tour of the mansion.

Grandma Kalyani, Ganga and Jagdish stare at Nimboli, and they are pleasantly impressed by how innocent she looks.

Kamli and Urmi realise that Harkhi has stolen Urmi’s jewellery. How will they react to it? Will they confront her?

Kamli punishes Harkhi by hiding all the food away from her. Will she learn her lesson?

Kamli walks in and finds Pushkar serving Harkhi some food. She reprimands her for calling Pushkar mad and yet Pushkar is helping her. Kamli reminds Harkhi always to be kind.

Anandi tries to get close to her daughter by buying her dresses. However, Mangla tries to poison Nimboli by telling her to deny the offer and tell her that she does not like the dresses.

Kundan learns that his jail term has been extended and this pisses him off. He insists that since he is Akheraj’s son, he should be free.

Harkhi is so insensitive that she forces Urmi to do all the house chores although she is pregnant.

The court case begins, and everyone is curious to know whether Akheraj will get away with murder again.

Anandi realises that Mangla is poisoning her daughter’s mind, and this makes her concerned.

Anandi and Mangla try to convince Nimboli to appear before the court and testify against Akheraj. Will she comply?

Harkhi hires some unknown men to threaten Gopal’s parents and the rest of the villagers, and stop them from testifying against Akheraj. Will she stop justice from being served?

Harkhi goes to jail to visit her husband, who instructs her to kill their daughter. Later, she tries to get the police to capture Mangla and Nimboli. When her plans fail, she reaches out to Kamli for help, although Kamli mistreats her. She tries to sabotage the court case by threatening key witnesses.