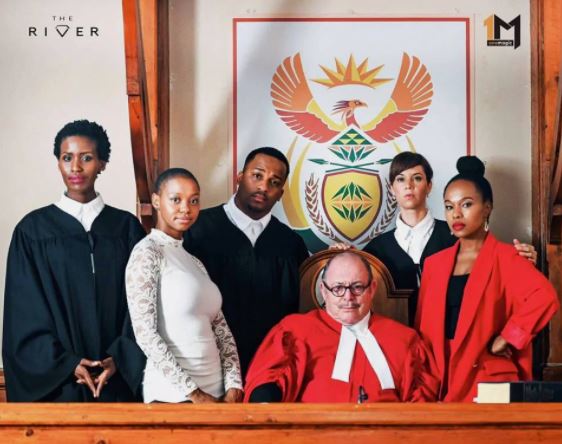 If you ever find yourself involuntarily starring at your screen when The River is being aired, be sure that getting to know more about the show will make you fall in love with it.

It does not matter whether you are a fan of the show or not, The River Teasers are out to highlight the most interesting parts about the show that will make you want to check it out.

This is one of the soapies that has not disappointed its fans when it comes to giving the most humorous episodes. The drama in the show keeps on taking a new turn.

The River 2 cast have brought out their evil personalities because of the roles that they play. Now, check out these The River 2 Teasers for December 2019.

Here are the highlights of The River 2 episodes in December

Circumstances force Tumi to throwback on her selfish deeds, although it seems like time has already run out. Dambisa is forced to face the wrath of the Dikanas.

Tumi is hopeful that she will mend the aspects that she messed up. Zweli is still hurt from Dambisa’s actions.

The Universe At Work

Lindiwe is being afflicted because of the ties that she had with Tumi. Kedibone stops the fantasy that Lindani and Tumi have been having.

Back To Bite You

The past that Lindiwe had with Tumi is still haunting her. Meanwhile, someone shows up and stops the plans that Lindani had with Tumi.

Someone within Lindani’s circle interferes with his plans. On the other hand, Lindiwe makes a revelation that will influence her life.

Tumi gets relief when Lindiwe puts in efforts to try and reconnect with an influential person in her life.

Lindani’s mother interferes with her son’s happiness. As this happens, Tumi does something that breaks Lindiwe’s heart.

The Miseducation Of Zodwa

The mistakes that Lindiwe made with Tumi are still haunting her. The secret that Lindani’s mother has been keeping is revealed.

Not The Dying Type

Zodwa and Veronica join forces for a common course. The Dikanas anxiously wait for news about Lindiwe.

Vero To The Rescue

Tumi is bearing news that might shock Lindiwe and Dimpho. Veronica has some devilish plans for Khabzela.

Zodwa and Veronica try to come up with a plan that could be troublesome for the Mokoenas. Unknowingly, Tumi and Lindiwe head towards something that could be harmful to them.

Something terrible happens, and it leaves Refilwe shocked. Meanwhile, the Dikana family is stalked by death.

Lindiwe and Tumi engage in a heated exchange.

Zolani is facing a series of problems. Zodwa and Verocina come up with a plan that could make them very rich.

Zolani is struggling to control the feelings that he has for Tumi. He ends up making everyone uncomfortable. Meanwhile, Veronica and Zodwa are confident about going ahead with their plan. Have they been too quick to trust their instincts?

Flora is faced with wild accusations. Meanwhile, the Dikanas witness Zolani lose control of himself and his emotions.

Veronica and Zodwa begin to doubt each other’s trust, and as a result, they get into a confrontation. Will they fulfill the plan ahead of them? On the other hand, Zolani seems to be imposing too much pressure on Zweli.

Kedibone and Lindiwe finally meet. They, however, are not excited about each other as it had been expected.

A commission comes up at the Mokoena’s house, and that causes the ongoing jubilation to be brought to a halt. Friends turn against each other.

The messy fallout that happens between Veronica and Zodwa opens doors for tears and heartaches.

Lindani makes Tumi sad. On the other hand, Lindiwe changes the mood for Zolani’s festive season.