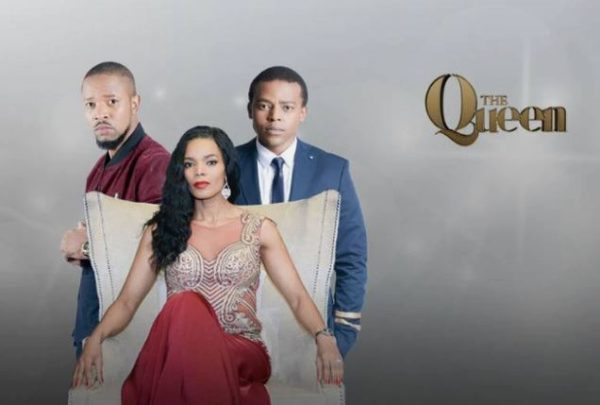 The Queen Teasers TVSA is a South African telenovela that premiered on Monday, 1st of August, 2016. Airing on Mzansi Magic at 21:00 from Mondays to Fridays, the soapie centers around Harriet Khoza (Connie) who is portrayed as a not just dedicated wife and mother but also an accomplished businesswoman. After the secret of her husband was discovered, she was forced to do the unimaginable. Also, the soap opera unveils how insatiable the rich are for power as well as victims who have found themselves at their mercy.

Below are the highlights of what to expect in the Queen Teasers this month as well as the title of each episode:

Goodness loses her ace as she crumbles to the ground. Shaka slips through Mmabatho’s fingers.

After a rough day in court, Thabiso makes a startling realisation. Shaka’s decision to end things with Onica makes things much worse for his marriage.

A Perfect Gentleman or Not?

Siyanda paints Thabiso as the perfect father, a doting fiancé and someone who treats women with respect. Meanwhile, Thabiso is battling with his conscience. Mmabatho rejects Shaka.

Kagiso and Shaka air Goodness’ dirty laundry in court. Mmabatho finds the evidence she has been looking for.

Sandra uses Mziwoxolo’s honest testimony to bury Goodness further. The family finds out about Shaka’s infidelity. The Mabuza family is in tatters.

The Shadow of Guilt

Shaka comes back home to discover that Mmabatho was taken to hospital. Martha takes the stand. Prudence makes her closing argument and she mops the floor with Thabiso.
Monday 11 March 2019
Episode 161

The War at Home

Shaka tries to beg Mmabatho to come home. Thabiso admits to feeling nervous about the verdict of the trial. Meanwhile, Schumacher tries to make amends with Thabiso.

The Hour of Judgement

Goodness is attacked in her own home. Mmabatho has a surprising outburst in front of Madimetja. An unknown man interrupts the court proceedings.

Madimetja helps Mmabatho to forgive Shaka. Explosive new evidence against Thabiso plays out in front of a stunned court.

Thabiso learns his fate. Mmabatho’s spending a lot of time with Madimetja.

Diamond produces a dead body at the Mabuza residence. Mmabatho’s dream to have a happy family is crushed.

Mmabatho feels bad for almost drinking alcohol. Martha makes a confession and breaks down in tears. Jerry and Vuyiswa arrive at the Mabuza mansion.

Madimetja keeps seeing signs that the person in his life is the right one. Gracious finds herself in a position that will grant her the one thing she’s wanted for so long.

Harriet wants to mend fences but Shaka and Brutus have plans of their own. Kea confronts Goodness, but Goodness sticks to her own priorities. Mmabatho has second thoughts about the choices she’s made in life.

A Sea of Blood

Jerry is frustrated by the lack of progress in finding Thabiso. Mmabatho debates whether or not she should tell Madimetja how she feels.
Monday 25 March 2019
Episode 171

Mmabatho is not happy that Goodness and Gracious helped Diamond. Jerry is frustrated by the lack of cooperation from the Khozas and the Mabuzas.

When Shaka realises that Madimetja is back in Mmabatho’s life, he does what Shaka does best. Vuyiswa tries different questioning tactics with the Mabuzas.

A Diamond is Not Forever

Shaka is served with parenting agreement papers. Will Diamond finally pay for his evil ways?

Line in the Sand

Mmabatho gets into a serious argument with Shaka, who later does the extreme to get what he wants. Gracious is shocked when she finds out what the Mabuza family has decided.

Shaka is arrested by Vuyiswa for assaulting Madimetja and Diamond is finally taken away.

The Queen airs on Mzansi Magic from Mondays to Fridays at 21h00.