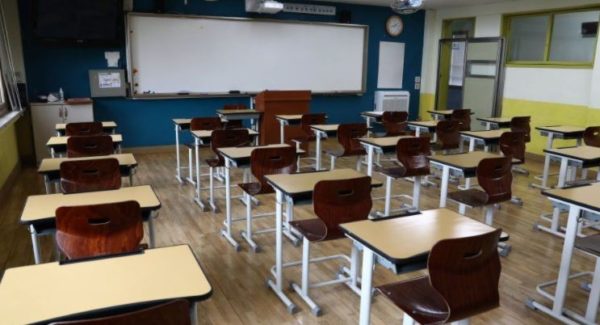 Secondary schools in South Africa have become very competitive, as many prospective students are looking for the best schools where they can get an all-rounded education as well as the best results.

Attending the best schools in South Africa is the best thing that can happen to your career even if you choose to branch out into the creative industry later on in life.

When we talk about the best secondary schools, what gets to our mind is the way they are being ranked and so on.

But, do you know what to look for when choosing a high school in South Africa? Is it an expense issue, a location one, or are you basing the decision on religious affiliations?

The list also explores government and private high schools in Johannesburg. Based on the 2018 results, these are the top 10 high schools in South Africa and their average distinctions per student.

Located in Pretoria, this Afrikaans-speaking girls’ high school was the top performing school. Founded in 1920, it was the first Afrikaans-speaking school at a time when Afrikaans was not the official language. Later, another building was constructed to separate the boys and the girls.

Hot on its heels, Star College bagged the second best performing high school in 2018. With an annual fee of R29,250, this high school is a perfect opportunity to have high quality education without spending a fortune.

The best performing school in Durban is an independent religious school. It is a co-educational institution that teaches the Islam curriculum- Arabic, Islamic studies and Hifz.

This boarding school, with a capacity of about 200 students, in Vryheid caters to both boys and girls. It was the best performing school in Vryheid.

This institution caters to both girls and boys.

Sama is an institution located in Johannesburg is really value for money.

This is one of the best performing secondary education institutions in Port Elizabeth. It is best known for its ethos and has some of the most high school friendly policies such as the no-bullying one and the plagiarism policy.

Girls’ only institutions seem to have done pretty well in 2018, Westville being one of them. Westville is a public institution in Durban

Inanda is one of the oldest secondary education institution for girls in South Africa that also produced the best average distinctions per student in 2018. Founded in 1869 by the missionaries, the institution continues to do well to date.

Most expensive schools in South Africa

The following 8 institutions top the list of the most expensive institutions in South Africa. While compiling this list, only the tuition fees were considered. All the figures are in the South African Rand, except for the African Leadership Academy.

Founded in 2004, this institution is not your average secondary education institution. The African Leadership Academy does not subscribe to the South African certification system. It does not offer the Independent Examination Board certification or the National Senior Certificate. ALA’s program caters to 16-19year-olds with the aim of honing their leadership skills. The fees vary depending on the exchange rate and are 50% higher than any other institution in the country.

Popularly referred to as MichaelHouse KMZ Midlands, it is the other remaining boys’ only private boarding school in South Africa. It is also among the most expensive secondary education institutions and has produced over 30 Rhodes scholars.

St Andrews College caters to 490 pupils and has the most diverse list of old Andreans (old boys of the institution). At R271, 965 annually, the is one of the most expensive religious institution in South Africa. Many of them are in the sports industry. They also produce musicians, politicians, and engineers of high repute.

St John’s college is one of the most expensive schools in South Africa. The learning institution accepts boys only from all grades whereas girls are only accepted in Sixth Form and the Bridge Nursery school. Students either take the IEB or the Cambridge exam.

Bishops, Rondebosch is one the best learning school in South Africa. The institution holds high regard for co-curricular and spiritual activities, offering a balanced curriculum to its secondary students. The regular partnerships between teachers, parents and their students is said to prepare them for the outside world.

Founded in 1921, Kearsney College is the go-to secondary education institution in West Durban. The academy refers to itself as a leading independent traditional high school for boys. Kearsney places heavy emphasis on sports with various awards and qualifications highlighted in the official website.

All private secondary education institutions in Johannesburg have to be registered with the Independent Schools Association of South Africa (ISASA). Some of the best private high schools in Johannesburg are;