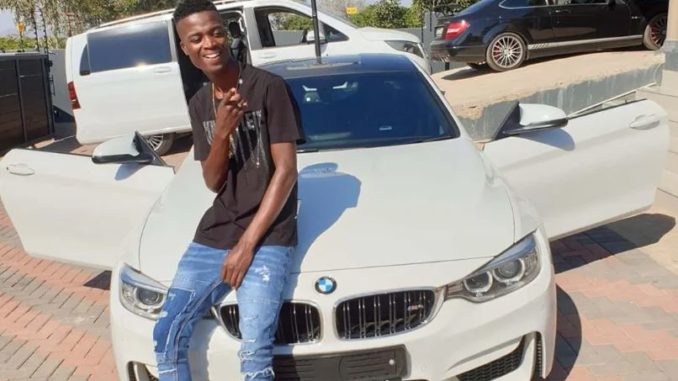 The talented artist who has been making waves in the music industry has melted the heart of Mzansi with his top-notch music.

Last year, Monada became more popular after dropping a hit music which swept the feet of his fans.

The music star, however, have a lot of songs under his name, with Malwedhe being one of his latest creations that took the world by storm.

King Monada released a new commercial single titled Ase Moruti. The song was published on the 10th of July, 2020, and has gathered over 349,344 views.

The singer dropped his long-awaited studio album called Ex Ya Drama in March 2020. The song has gathered more than 18,000 views.

The song has attained a viewership of 219,133 since it was published on the 31st of May 2020. NKUPI The Entertainer created a hilarious video for this song.

Since publishing Madimoni on the 23rd of August 2019, this song has accumulated more than 163k views on YouTube. There is no better way to confirm how great this new hit 2019 song is than going by YouTube fans’ comments.

The song has attained a viewership of 2k since it was published on the 28th of September 2019. YouTube fans comments King Monada is

The song was published on the 13th of June 2019 and is now a massive hit on YouTube, where it has garnered an excess of 1.476m views.

Since it was published last year, the track has been rocking the airwaves for its fantastic combination of beats, vocals, and video. The song has registered more than 1,868 million views on YouTube, and the figure is sharply rising.

This audio song was published on YouTube in July 2019, and it has over 429k views. It is unstoppable for its amazing production of sound and video.

The song enjoys a viewership of more than 550k on YouTube, barely months after its release on the 12th of July 2019.

This hit song has registered more than 421k views on YouTube since its release on the 20th of May 2019.

One Day is a popular hit-song in South Africa with a viewership of 243k on YouTube. The count has steadily risen since publication on the 3rd of July 2019.

With 245.3k views on YouTube, there is no doubt that Waka Ke Waka is a favorite song in the country. The track has stood the test of time on playlists since its publishing on the 25th of May 2019.

Since publishing on the 16th of July 2019, Good Life has been trending on YouTube, where it has accumulated a considerable viewership exceeding 230.7k. It is a collaboration between King Monado and Clement Maosa.