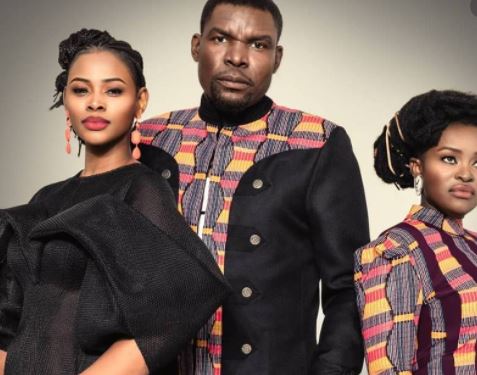 Muvhango soap opera have been entertaining South Africa over the years with unexpected drama and humor.

The plot of the soapie thickens as the outcome of Azwindini’s plans were revealed.

They next episodes also leaves you in suspense on Rendani’s fate and Mpho’s plans.

Marang’s unexpected visitor stresses her out, and Gugu faces an unforeseen loss. Meanwhile, Azwidini backs down on Mpho’s offer; hence, everyone is shocked by his move.

Marang and James look for ways to deal with their unexpected guest who refuses to leave their house, and Vho-Masindi interferes with the chances of Mpho being a candidate. Qhawe and Gugu are shaken by their loss.

The spark between Hangwani and Ausi Ntsoaki grows, and Gugu points fingers at Qhawe for their loss. In the meantime, Mpho lands the job and later, she realizes that she will be working with Tenda. What will be her reaction?

Unwittingly, Hangwani realizes that he has revealed Ausi Ntsoaki’s deep secret, and Mpho does not disclose the news about her new appointment. A spark of romance kicks off between Hulisani and Rendani.

Ausi Ntsoaki opens up about the details of what happened to her, and Marang feels bad about her situation. Rendani admits being in love although Shaz is afraid that it might not last long. Tenda and Mpho lock horns although Mpho comes out on the second position.

Ausi Ntsoaki’s interview does not go as planned; hence, she is forced to stay longer. Rendani discovers something about her lover and decides to commit to him. Mpho offers to make a sacrifice that will help in maintaining the unity of Vhakwevho.

Marang is impressed when she finds out that Ausi Ntsoaki is having it smooth, and Mpho makes up her mind about quitting her job at Tendamudzimu. Her move sparks a controversy, especially with the chieftainships from the other areas. However, tension fills the atmosphere when Hangwani stumbles upon Rendani’s marriage certificate.

Hulisani manages to convince Hangwani after the series of back and forth, and it looks like Ausi Ntsoaki is cursed. Azwindini finally gives in and blesses Mpho although the blessings come with a set of conditions.

Ausi Seipati informs Ausi Ntsoaki that she should prepare for a cleansing ceremony, and Tenda convinces himself that Mpho is colluding with the royal house to spy on him. Shaz discovers the secret that Rendani has been keeping away from everyone. Will she afford to keep it to herself?

A couple of unexpected things happen to Marang and James’ house as Ausi Ntsoaki goes through the cleansing ceremony. Is this a sign that they had something to do with the curse? Azwindini lets the cat out of the bag concerning his plan to trap Tendamudzimu, and Mpho gives an unexpected reaction to it. Gizara finds out about Rendani’s secret marriage, and he cannot help expressing his disbelief.

Ausi Ntsoaki decides to admit that she has no control over the battle that she is facing until the prophet reveals some unexpected facts. Gizara faces Hulisani and issues him with an ultimatum regarding Rendani. In the meantime, after setting up his trap, Azwindini celebrates his victory; he has no idea that someone close to him could betray him.

Azwindini thinks about asking Mpho to spy on Tenda, and Ausi Ntsoaki dismisses the helper that James had hired. Tenda forewarns Hulisani that the Vhakwevho will never let him in.

Ausi Ntsoaki tries her level to secure her job at Marang and James’ house, and Tenda and Mpho engage in a tender moment. Rendani is so frustrated about her situation that she decides to leave without getting blessed by her family.

The prophecy that was made over Ausi Ntsoaki comes to pass, and Ambani makes the situation too difficult for Tendamuzimu as he intends to see him lose. However, Gizara puts his reputation at risk for the sake of Rendani.

Hangwani tries to make Ausi Ntoaski see something that is too obvious, and Rendani makes it to Thate to see the family. Azwindini convinces himself that his loved one betrayed him.

Ausi Ntsoaki makes some demands that leave James and Marang shocked, and Tenda takes Mpho’s suggestions to heart; hence, Mpho feels loved. Rendani continues to convince herself that her dream to have a royal wedding will come to pass. She does not know that it is not as simple as it sounds.

Ausi Ntsoaki finds out the real intentions of James and Marang when she makes her demands regarding the employment contract. Hulisani goes through a difficult moment when he tries to negotiate the lobola with the Vhakwevho. Azwindini gets upset when he sees a photo in the local newspaper. Could this be a sign that he cannot get to Tendamudzimu?

Ausi Ntsoaki tries to do something, hoping that she will impress James and Marang, although it seems like she is making her situation worse. Azwindini tries to make arrangments for a romantic getaway with his wife although he is not impressed by the results that he gets. Hulisani makes up his mind about working hard to raise the lobola money that the Vhakwevho demand.

Ausi Ntsoaki and Seipati end their conflict, and Tenda asks Azwindini to put his worries to rest as he insists that he respects Mpho so much that he cannot afford to do anything unusual with her. Hulisani informs Rendani that he is unable to raise the lobola money, and Rendani offers to pay it on his behalf. Will she get into more trouble by doing this?

Ausi Ntsoaki receives her first pay, and she is not impressed by her earnings. Meanwhile, Hulisani and Rendani handle their first financial issue as a married couple, and Tenda and Mpho do something that changes how they look at each other.

Ausi Ntsoaki gets motivated that she could earn more money when everyone likes her cooking, and Rendani gets upset when she learns that her husband does not have any savings. Tenda is convinced that Mpho deserves better and that she is wasting her time with Azwindini.

Ausi Ntsoaki tries to get herself out of a difficult situation, and Hulisani is reluctant as he takes the money that his wife offers him. Dee speculates that Mpho has something going on with Tenda, although Mpho rubbishes her claims.