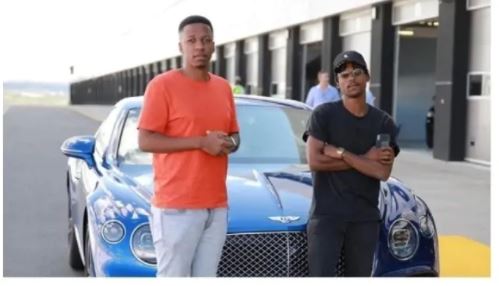 If you haven’t heard about Vuzu’s new reality show, Rich Kids, what rock are you living under?

Bob and Don Manonga are two of South Africa’s richest kids. They live in a sprawling 14 room mansion on the outskirts of Pretoria and have a fleet of luxury cars.

Vuzu AMP has released another episode of Rich Kids of SA and this time the two brothers are featured in the show.

Despite being brothers Bob and Don are very different from each other and the only thing they seem to have in common is their expensive taste.

Bob is an amicable and mild-mannered who has a penchant for fancy clothes and designer brands.

Don is rebellious and confident and befitting of his personality he has a weakness for fast cars. His rebellious nature has had him dismissed from four high schools, two colleges and he hasn’t yet mastered his matric exams.

They also have a sister who also likes expensive things, like the Kaizer Chiefs player George Lebese who is her current boyfriend.

Another rich South African kid is Nape Pasha, who has earned himself a degree in Political Science and has founded his own record label, Cutthroat Entertainment.