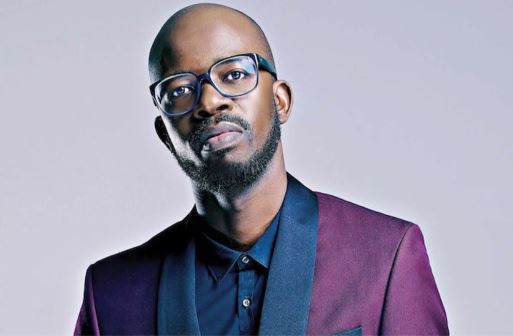 DJ Black Coffee revealed his disabled hand on social media accompanied by a heartfelt message addressing the insecurities that have caused him to hide it.

The DJ was involved in a taxi accident, which left him paralysed in one arm 27 years ago.

Taking to Instagram Black Coffee explained that due to bullying when he was younger he made the decision to stop wearing an arm brace.

“When I was young after the car accident I used to wear one and being a kid it was hard as kids can be mean so I decided to stop wearing it especially in public. It has taken me so much time to appear like this in public because of my own insecurities but I decided to post this picture not just because for years people had their own versions of my story, I did this for myself,” he wrote.

The lengthy caption was accompanied by a picture of him and Yoh Nagao, an artist in Berlin, in which he shows his hand.

Black Coffee said his confidence was slowly growing after previously putting himself down.

“We all have little/big things that we don’t like about ourselves and we often put ourselves down before other people do, I’m personally working towards breaking those chains in my space and I believe with this I’m gonna unlock even more opportunities for myself. Don’t let anything pull you down. Fight for the best version of yourself,” he wrote.

The DJ shared that stereotypes like “indoda ayikhali” (men don’t cry) which groomed men with no emotions. He added that men need to embrace their emotions instead of bottling things up.

Black Coffee said he had to reflect on his truth because as a father he is trying to teach his sons the value of embracing their emotions.

“I’ve always been tough a person I’d take anything, even inherit other people’s problems and bottle them inside while they eat me up, now as a father I try to teach my kids not to do the same so I’m learning to not to be strong when I’m not supposed to be. I’m learning to cry and reflect in my own truth and all my faults and I’m trying be better. My dear brothers it’s ok, it’s ok to cry. Growing up we were often told “indoda ayikhali”. This line has mostly groomed men with no emotions who find it easy to harm other people (emotionally or physically) mostly women. Let’s change this,” he wrote.