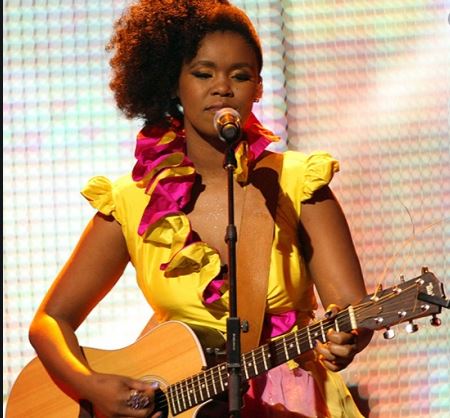 Zahara is a South African singer who was christened Bulelwa Mkutukana. She is however better known by her stage name Zahara which means blooming flower.

She is an emotional singer whose flair for music has been displayed since she was a child.

She has won many awards and her music is recognized within and outside South Africa.

Her song Loliwe brought her into limelight but there are other tracks from the artist that you will also enjoy. Here are 10 of her best songs.
1. Loliwe
This song brought her into limelight in 2011. The song preaches a message of holiness and encourages believers to stay consecrated so they can be a partaker of the heavenly promise of reigning with the Lord.
2. Lengoma
She featured Dj Sbu in this track that was released the same year with Loliwe. The song has a fast paced beat and is still relevant today.
3. Mgodi
Zahara released this track in 2017. It became a hit the moment it was released. The song encourages those who are going through challenges to be strong and steadfast no matter what life throws at them.
4. Impilo
Impilo is from 2013. This tune continues to prove the authenticity of the artists as she continues to do simple videos that never take away from her voice. Hers is a style that focuses on telling a story the right way. Her great voice has every indication of humanity in it.
5. Umthwalo
This track was made available to her fans seven years ago. It encourages listeners to take their burdens to the Lord when it becomes overwhelming for them to bear as the Lord will always be there to see them through anything.
6. Thembalam
This official album was published in December 2018, it is a song that will revive your hope in love again.
7. Yhini
You will find yourself moving to the slow tunes of this addictive number. The 2017 release had a lot of views on YouTube because it is a song that only a talented artist can put together.
8. Stop the Night
Zahara sings Rnb with much gusto and passion that makes you fall in love with it. Stop the night is also a love song that calls your attention to listen to it.
9. Rise Again
Zahara’s rise again is a song that motivates and inspires you to keep pushing for your dreams and what you believe in no matter how discouraging it might seem.
10. Umfazi
Zahara features Kirk Whalum in this slow jam that carries a powerful message about the strength of a woman being from deep within. Released in April 2018, the jam has received positive reviews from YouTube viewers. It is the kind of tune that you can dedicate to a woman you admire and appreciate.