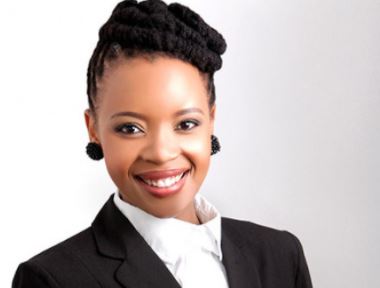 Ayanda has risen to stardom in the media and arts sectors, and through her hard work and consistency she has remained relevant ever since.

Her relevance isn’t restricted to the print and broadcast media alone, even in her home front, she works efficiently at being a loving wife and mother.

The beautiful 33 year old journalist got married in 2006 to her husband Matthew. The duo fell in love and got married after meeting at a studio that produced jingles for commercials.

Theirs is a mixed-race marriage and they have been married for more than a decade even though the couple has been private about releasing their wedding pictures. Her husband presently keeps a job as a bookkeeping and office management specialist.

Ayanda and her husband her parents to three adorable children, one of them being her nephew whom she has been taking care of since she was 22 due to some family challenges.

Her nephew has been living with her ever since she got married as her son, but aside that she also has two boys of her own whom she and her husband named Raphael and Joel respectively.

Ayanda admits that being a parent is both rewarding and challenging, and she devotes lots of attention, and love to each of her children.
Ayanda graduated from the University of South Africa in 2009, where she studied Communication Sciences.

She got her first media job as a news anchor while she was still a university student at Rainbow Fm, and the following year, she was employed at Now Media as an online content creator and an advertising coordinator.

Meanwhile, the gorgeous media personality once disclosed that she grew up in Dobsonville, Soweto, where she was also given birth to and amid a family but little is known about her family background or any of her siblings.

Ayanda is best known for featuring on eNews, but in 2019, she was appointed as the spokesperson of the minister of Transport, Fikile Mbalula, hence terminating her appointment with SAfm in order to prepare for the new and bigger role ahead of her.