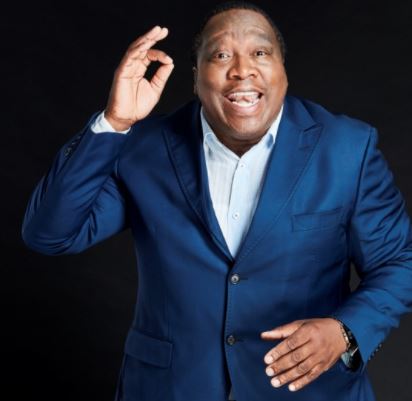 Thuso Moutang is a professional teacher who has made a name for himself in the broadcast media especially through the radio more than anyone else.

All of his programs on radio and Tv are constantly inspiring and encouraging, and it is not surprising to find out that he has a huge fan base who listen and tune in into his programs every time to draw from his well of wisdom and motivation.

Thuso has built an impressive career over the years, he is an outspoken and controversial character who dissects and analyses divisive topics on air.

Chances are that you would have tuned into his show at one time or the other if you are a regular South African who listens to the radio on Sundays, he co-anchors a show on the Makgulong a Matala show with Rev. Maine.

Aside from that, he also co-hosts a transport programme called Jwale Ke Nako with Tholoana Moletsane. And he is also one of the presenters at Lesedi FM.

He also works on Tv as a programme director for many major events which are of high caliber. Whatever the medium is, his legion of followers follows him wherever he goes.

Thuso has managed to maintain his energetic and interesting personality even though he appears to be in his middle-age. Precise details about his year of birth and family are not known to the public. He has carefully kept his private life out of public eye.

On one of his programs, he reported that someone was spreading rumors that another man had impregnated his wife. Thuso was visibly distressed by the rumor, same way he claimed his entire family was shocked, however, he was able to pacify his listeners by saying that he knew who was responsible for the buzz and that he had already taken legal actions against the fellow.

Thuso is actively concerned about what goes on in the social sphere of the country, and especially the individuals who make up this sphere.

Most of his programs and recordings are specifically tailored to inspire and warm the heart of each person listening to him. Motaung is detailed and well informed about whatever topic he discusses.

Another fascinating thing about Thuso his is ability to delve into so many things and be successful at it, aside from being a radio-god, Motaung has also produced and released some of his own songs, among them include; O gamme eng, Ke na le molisa, Ke lumetse 1, etc.

In several ways, Thuso is lighting the path of many people and especially the young ones who are confused and indecisive about what path to trail, he remains a big inspiration in the radio industry to everyone and anyone who feels like wanting out.