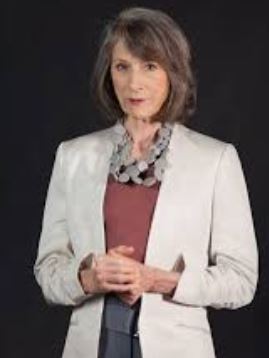 Annelisa Weiland is popular for the character she played in 7 de Laan as Hilda de Kock. The 72 year-old actress first appeared in a Tv series as a student.

She played the role of a daughter in the movie, “The Father.”

And since then her acting career rose steadily which earned her a lot of public recognition and love among her fans.

In 2008, she joined in the production of 7 de Laan and played the role of Hilda van Zyl, an affectionate but naïve woman who held the role of a receptionist when she was first introduced.

The actress says it was high time she explored new opportunities and takes up new challenges. After she exited the production, she took up the role of Lui Maar Op Belinda which airs on kykNET.

Annelisa Weiland was married to Oubaas van Zyl, her marriage to him was based on acceptance more than love because the couple had fallouts on so many things. Later in the marriage, they divorced and went separate ways.

Annie studied drama at the UCT School of drama.

She was born in Cape Town and resides at Hillside where she has been a resident for years.

She enjoys cooking in real life and his surrounded by family and friends in Fauresmith.