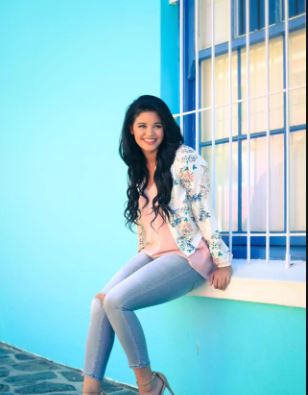 Zoe Brown is a popular Tv presenter and radio host, mostly known for her Expresso morning show on SABC3.

She has carved a niche for herself with her warm voice and personality which is noticeable even while on air.

She laid a foundation for her media career while she was still a student in the university by working at the KFM campus radio.

She started working with the KFM as a final year student in the university, and she started with the midnight shift which ran from 3 am to 6 am, and then later advanced to a weeknight show.

She became known after she began to host the Expresso show in 2015. She became the host of the show after she won the Presenter

Search 3 contest in the same year. As a host of the Expresso Show, she and other presenters made the show a household name and it became popular among her fans.

In 2019, after four years of being on the Expresso show, she exited the show and explained in a tweet that she would continue to take up other roles within the media house, even though there was no official statement for the SABC3 regarding this.

Little is known about Zoe Brown’s background, the media personality though calm is very secretive about her life.

The only thing known about her personal life is that the beautiful thirty-one year old is still unmarried and that when she needs to hangout, she does so with her single female friends.