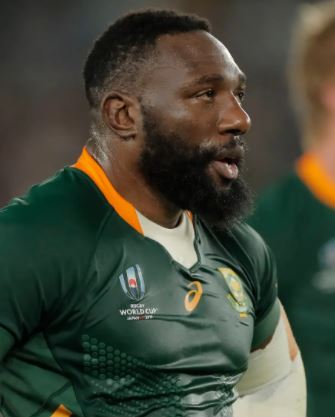 Tendai Mtawarira is a South African professional rugby player, even though he wasn’t born in the country, he has been making the country proud in the rugby world.

Tendai popularly known as The Beast was born in Zimbabwe and gained the South African citizenship on the grounds of residency. He is one of the most talented and significant loose head props in the nation’s rugby and he has exceptional skills that have endeared him to many people.

He stands at an impressive height of 1.83 meters and weighs 116 kgs.

When the rugby star was 15, he was invited to the National schools festival to play for the U-19 by Joey Muwadzuri, and this served as the foundation of his rugby career.

In the same year, Muwadzuri also invited him to the cats and dogs rugby academy that won the National Seniors 7’s tournament.
The climax of his career was when he played in the British and Irish Lions tour in 2009.

Mtawarira subdued his more experienced opponent, Phil Vickery and he was awarded the man of the match for the game.

They have two children together whom they named; Talumba and Wangu. Even though Tendai and Kuziva have Zimbabwean origin, they have chosen to identify Durban as their home.

The two with their children all live in their Dolphin coast home which is close to the sea and affords them the escape they need from the boisterous city.