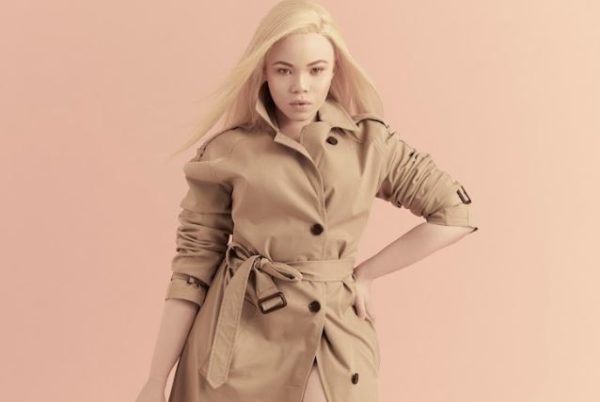 South African actress, Michelle Mosalakae was born in 1994 in Mabopane, North of Pretoria. Most people know her as Zakhithi on Mzansi Magic’s Isibaya. Michelle Mosalakae got her degree in English from Rhodes University. She went on to acquire honours in acting, directing and applied drama.

Michelle attended the St. Mary’s Diocesan School for Girls in Pretoria where she completed her matric. She then went to Rhodes University, where she graduated after completing a degree in English, and attained an Honours in directing, acting and applied drama.

She has a skin condition, Albinism which she chooses to see as a strength and never a limitation. She was brought up by her mother, Sarah, who taught her the need to love her difference.

You may know the star from her debut role as the prophetess Zakithi on Isibaya which caught the attention of most Mzanzi viewers, making her an instant household favourite. In addition to that, she also starred in the series, Queen where she starred as Kamina.

Michelle played a Congolese lady from the South Kivu Province in the DRC and was the first true love of Kagiso Khoza (a role that was played by Loyiso McDonald). The two of them met in Kamina’s home country where Kagiso was deployed as a soldier. Maybe this explains why some fans may have thought of Michelle as Loyiso Macdonald wife when she really isn’t. It just happens that the two were perfect at the roles they were assigned.