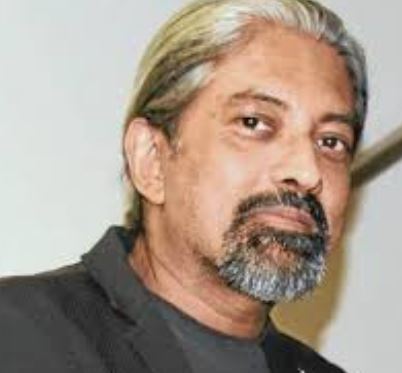 Kanthan Pillay is known as a veteran media personality and a popular politician in South Africa.

He is one of those who have refused to bow to life despite the several blows and punches it throws at them. He has had his shares of the fair and dark sides of life.

Pillay has both South African and Indian background, even though he was born in SA, he had his childhood shuffling between the two countries.

He had his early years of education is SA but thereafter moved to India for his high school education. Later on, he came back to South Africa and applied to study in the University of Durban-Westville in 1980. Unfortunately for him, he was rusticated alongside hundreds of students during boycotts that happened in the same year.

After this he began to work as a freelancer with Post Natal where he worked on several news desks. While he was at it, he attempted to further his tertiary education but was again hindered when he was involved in a fatal accident which also put a temporary stop to his educational dream.

Three years after the accident, he went back to school and this time he graduated from Princeton university with a degree in political science and psychology.

He also has an alumnus of Boston University College of Communication where he earned a certificate in journalism.

He has worked for different organizations which dates back to the time where he was still seeking to gain admission into the university. While he worked with Natal newspaper, he was also working with Sunday Tribune, SASPU National, and The Graphics, as an Indian columnist.

Kanthan has held senior positions in South Africa’s most-watched television channels such as e.tv and eNCA. At eTv, he was the Head of Corporate Affairs, Executive News Producer, and Head of Africa Operations between 1999 and 2005.

He then moved on to eNCA but left after he was fired for a tweet he made where he made a harsh comment about another reporter. He also worked with YFM and was there for ten years before he resigned. He served as the General Manager and Chief Executive Officer there.

Aside from being media personnel, he has also ventured into politics under the political party he co-founded – the Capitalist Party of South Africa.

The party however did not secure any seats in the last elections.

He is married to Sarah Britten and they have three daughters together – Aura Devagie, Mia Angella, and Raphaela Ragini. They all live in Johannesburg with two dogs and a snake.