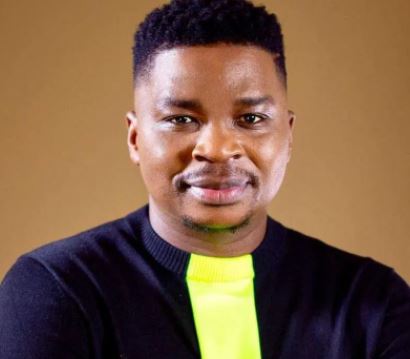 Dr. Tumi is widely recognized within and beyond South Africa as a gospel minister, an instrumentalist, vocalist, songwriter, and a medical doctor. He is widely known for his vibrant and soul-lifting gospel music across the continent even though he was originally trained to be a medical doctor.

Dr. Tumi graduated as a certified medical doctor from the Medical University of Southern Africa. He however dropped his active medical practice to embrace his ministerial calling in the gospel industry.

The was first inspired to be a gospel minister as a child, when he was barely nine years old. At this age, he was already learning to play the piano and had good vocals. All thanks to his father who was a priest and ensured that he was trained in the right way for his innate abilities. Before he debuted before the whole world, as a child, he was constantly making exhibiting his talent in Sunday school classes which was his stage back then.

His first album Heart of a king was released in 2012. It became a hit among his fans and increased his fan base. The album was a raving success, so much that it won the Best RnB Gospel award of that year. He wrote all the fifteen songs in this album with the best song on the album being You are Here.

Following this Dr. Tumi began to ascend the peak of his musical career, he has gone ahead to fulfill his dreams of recording live albums which he has accomplished.

He has a large list of songs which he has produced, they include: Faithful, Zoe, Loved, Forgiven, Most High, Nothing without you, All I need, No other God, Love and Grace, I love you Lord, I believe, Grateful, I love it here, We love you lord, Grace Be free, Worthy of all our praise, Open heaven, Crushing in you, Speak a word, Trust and obey, Because of Jesus, There’s no other name, None like you, You alone, Someone like me, Holy, Jesus lives, I love you, Jesus Raging fire, The Blood song among others.

His song Wafiki has been translated into four other languages which include: Swahili, Yoruba, English, and Shona.

Despite having an active ministerial career, Dr. Tumi still runs his private practice in Mabopane, Northern Pretoria. And some of his patients have attested to the healing ability in some of his songs.

He is married to Kgaogelo who runs a branding and marketing firm. They got married in 2008 and they three kids together. His wife is not on the spotlight of his musical career but she is very much involved in what goes on behind the scene.