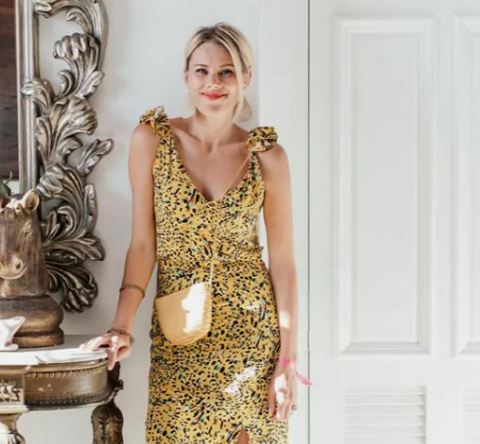 Christi Panagio is a South African famous for her role in 7 de Laan where she played the character of Karien Momberg.

She is also a Tv host and anchors the Die Skatties program, a reality program she owns and where she performs makeovers on her guests.

Christi is an alumnus of a drama school where she was trained in her thespian skills.

While at the drama school she met her husband Nico Panagio who is also an actor in the 7 de Laan Tv series. Her husband is the chairman of the Missing Children SA, a non-profit organization.

They got married fifteen years ago.

The couple had struggles with conceiving and so they adopted two girls – Eva and Shay as their own children.

The only thing known about her background is that she is a firm believer in God, a traveler, a dutiful mom and a happily married wife.