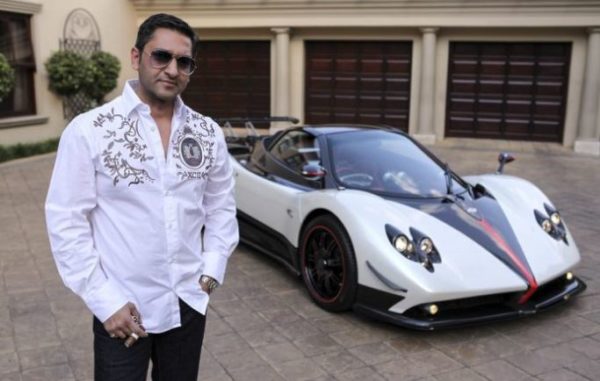 South African entrepreneur Zunaid Moti was born in 1974 and spent the majority of his life in the business hub of South Africa, Sandton, Johannesburg, where he heads the Moti Group of Companies.

The Moti Group now directly and indirectly employs 2500 people throughout sub-Saharan Africa. Like most made men, Moti made his fortune from sheer hard-work, determination and consistent delivery of quality work.

He grew up in a family where money constraints were not concealed in simple luxuries of life, instead, their financial constraints were so apparent that he opted to wash their school bus so that he together with her sister could travel 110 kilometers to and from school on a daily basis.

Zunaid Moti Comes from Makopane. He is currently 44 years old. He grew up in a family that struggled with money, so he had to clean his school bus during the weekend to earn himself and her sister a spot in the bus daily trip to and from the school. Zunaid Moti father was the owner of a huge dealership business in Mokopane. Moti studied at St Alban’s college in Pretoria.

The businessman has admitted, in several occasion to love his family and prioritize them in everything he does. He allocates time in his busy weekly schedule for family which he spends with them.

Moti has always been a dreamer since day one. His desire to become rich can be traced back in school when he was asked to choose a topic on which to write an essay. Zunaid chose “When I am a millionaire, I will…” which he wrote a brief yet prophetic essay about. He wrote “get my PA to write this for me.” He failed the test, but his desire came true when he was barely 22.

His confidence, hard work and ability to tackle life head on exposed him to opportunities that he used to his advantage. Thanks to the relationship he had with his mentor, Moti made more than 40 million Rands from selling shares of a business.

Moti got into business for the first time when he left high school. He formed Future Seal which offered waterproofing services to commercial buildings. He sold his business and moved on to the next. His next business was filling stations.

It was at this point that he mastered the secret of success is in creating cash flow, a principle he has used in all his business ventures. He said that when he started witnessing cash flows into his business, he forgot all about the cost of sales and started focusing on the cash flow

Moti made his first appearances in the public through Future Fin – a company that provided funding for luxury vehicles, private jets, and yatches. He later moved into the property market where he chaired Abalengani Group, which saw him develop luxury golf estate Nondela.

In 2009, Abalengani got caught up in the recession and found it difficult to service its debt worth R1.5B to Investec.

In 2012, Moti was arraigned in court allegedly for being involved in plans to commit murder of a business man, and armed robbery. The case was later dismissed. Recently, he got listed on Interpol’s red-notice in connection to a foul relationship between him and a Lebanese business man.

In the middle of all these was alleged heist of a rare pink diamond. In spite of all these bad press, the Moti Group continues to grow and expand. Moti group is a diversified company dealing with property development, car financing, security services, aviation, mining, and transport and logistics.

Moti has invested heavily in Zimbabwe from pharmaceuticals to properties; fertilizers, chrome mining to fuel distribution. According to his, the group is earning well from its chrome mining activities. Even though, Zunaid Moti net worth is kept underwraps, it is very clear that Zunaid Moti wealth is not some cheap change.

Zunaid is a man of good taste which makes Zunaid Moti cars an automatic good choice. He also owns a home, shown in the YouTube video above. The video is an aerial view of Zunaid Moti house, showing the compound and its neighborhood.