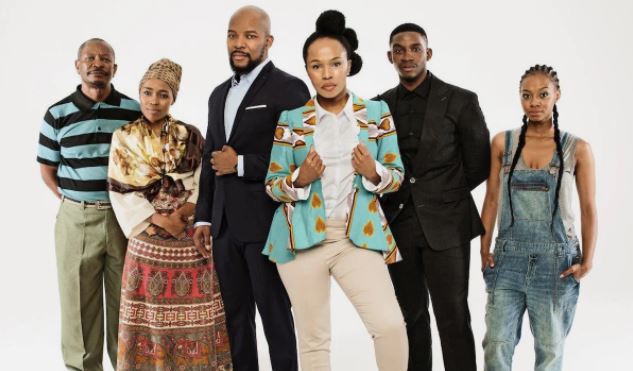 If you aren’t among the league watching this thrilling Tv series ‘The River’ on 1Magic, then you’re definitely missing a lot.

Are you a fan of the popular local show? You have no reason to get bored at home as this show is a suitable entertainment telenovela for you and your entire family.

This show has a lot in store for its viewers this March, while Tumi gets convinced Lindiwe knows what she has been up to and how the relationship between Zolani and Lindiwe goes on.

What will happen in the episodes of The River 3 in March 2020? Here’s the highlight below:

Tumi challenges Mabutho with the secret that they have in common. Cobra has a surprising strategy to save his loved ones from financial problems.

Cobra tries, by all means, to make sure that all his debts are cleared. Tumi is troubled with her secrets.

Cobra makes up his mind to try a mission that can be dangerous. Lindiwe has to explain herself after Tumi finds a scaring scene.

A friend supports Cobra. Lindiwe is torn between selecting revenge or Tumi.

Percy, Oupa, and Cobra cannot find their way outside. Tumi finds a way to get away from Lindiwe, but Zolani cannot be cheated that easily.

There is no time for Cobra and the people he is trapped with. Zolani explains to Lindiwe who he thinks killed Mbali.

Zolani and Lindiwe’s hatred escalates. Cobra is worried when Kedibone fails to get the yarn he spins at her.

Lindiwe finds it hard to accept the truth. Kedibone stumbles upon the deceptions going on at the house of Mokoena.

Zolani tries his best to justify what he thinks about Tumi to Lindiwe. Mabutho figures out a strategy to contain Cobra.

Zolani continues to pester Lindiwe. No one can fool Kedibone.

When Tumi is made aware of Lindiwe’s plans, she feels desperate and starts to panic. Cobra is annoyed with Mabutho because of what he thinks about one of the members of his family.

Tumi is persuaded beyond a reasonable doubt that Lindiwe is aware of her actions. Cobra and Percy get into gridlock because of Mabutho’s blood lust.

Zolani and Lindiwe are separated due to the actions of Tumi. Kedibone is onto Cobra

Cobra ties himself to his deceptions. Zolani and Lindiwe still cannot get along as their relationship hangs on a thread line.

Zolani and Lindiwe continue to fight, and the fight gets fierce. An associate who does not tolerate people like Cobra gives him a warning sign.

Tumi turns over into a new leaf. Mabutho tackles the betrayal of Cobra like he is in prison.

Tumi finds herself sharing critical information that may have negative consequences on her later. Cobra comes up with a plan to tackle Mabutho.

Cobra comes up with a critical decision. Lindiwe acts as she should have done some time back.

Lindiwe gets into trouble when another person discloses information she was not aware of.

Lindiwe is worried because she cannot find the best way to deal with her mistakes. Mabutho, Percy, and Cobra’s state tests their relationship as friends.