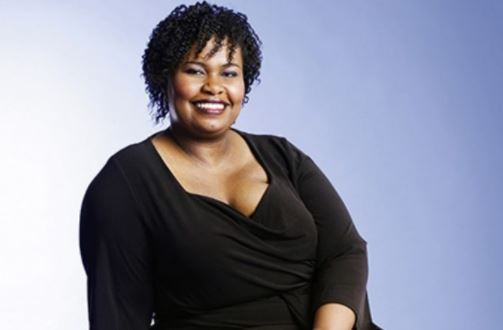 Sakina Kamwendo is an award winning South African On-Air-Personality. She is well known as the host of AM live, SAfm’s flagship show.

Another notability added to her name is hosting the talk show, Talk With Sakina which is always aired on Metro FM, South Africa. At the moment, she is now presenting Update at Noon between 12:00 and 13:00 weekdays.

Sakina wandered into radio character when she began working for Radio Eldos, a network station in Eldorado Park. Her discovery in the radio organization continued when she screen call for Talk Radio 702 short-term show.

She, however, dropped the job after getting a position at the David O’Sullivan show as a traffic reporter. At 702, she hosted the “graveyard slot,” which led to new opportunities, like PLUS.

In this article, we’ll disclose some facts you probably don’t know about the presenter. Read on to find out.

Sakina Kmawendo’s date of birth is not available. However, according to her Twitter, her birthday is on the 26th of September.

Sakina Kamwendo had her high school education in Stanwest Secondary School where she obtained her secondary school leaving certificate. To finalize her study, she went to the esteemed University of the Witwatersrand where she bagged her degree….

Regarding her personal life, Sakina is a married woman, she has been married for over 20 years with a loving husband . Details about her husband are not available yet.

She is the mother of four children. But, the name of her children is not available. Once on the official page of SABC, condolence was expressed on the sudden demise of her daughter. So from this, we come to know that she has lost one of her daughters.

In her show, Sakina spoke of the low morale of SABC employees. This led to a public backlash with big named in entertainment and media question the SABC. The public was infuriated when Sakina was cut short, “Censored,” during her final show. However, SABC COO, Chris Maroleng, took to Twitter to explain the situation. According to him, the station managers thought it wise to end the show sooner than usual.