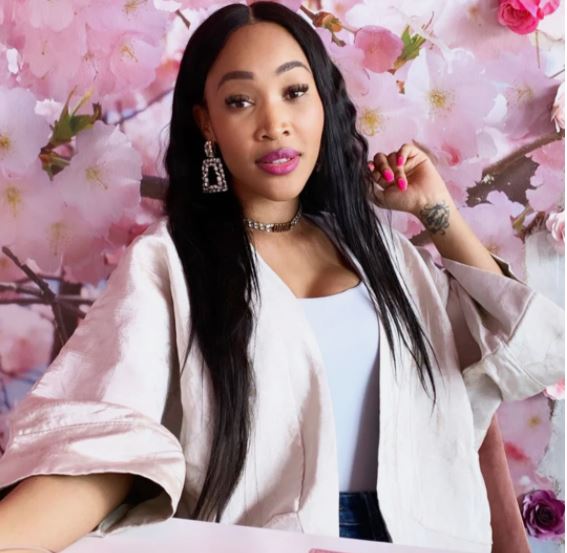 The beautiful and classy Mpumi Mophatlane from the television reality show, The Real Housewives of Johannesburg, defines herself as the queen of shade.

Since her first appearance on RHOJ season 2 in 2017, she has been a household name because it is not difficult for anyone not to notice her luxurious lifestyle.

The fans of the show know her as Mrs Mops. RHOJ Is an exciting show about personal lives and daily stress that women face in marriage, business, and friendships.

Mops’ love for elegant things in life makes her interesting for others. She creates tension among the fellow members of the cast anytime she appears on the show, which is excellent for the show. Without drama, who would be interested in watching it?

Born in 1987, the 33-year-old Mpumi Mophatlane is from a family of taxi owners. She was born in Tsakane, Johannesburg. She loves yoga, boxing, shopping, and reading.

She is the wife of a prominent man, the father of her three children. Mpumi Mophatlane husband is the founder of two companies, Randvest Capital and Business Connexion Group Ltd. He is also an IT guru and the director and chairman of Bothomed (Pty) Ltd. They fell in love with each other in their first year at the university. The romantic Lenamile Isaac Mophatlane treated his queen to a Milan, Italy tour and married her shortly after.

They made her life like hell in the reunion episodes to teach her lessons. Brinette accused Mpumi of being an adulterous woman. The accusations stirred a lot of drama in the show.

Some of the supporters of the show went wild on social media because of the controversial comments that Mpumi made on several occasions. The famous South African Vlogger, Mihlali Ndamase, also confronted her when she posted a comment to insinuate that African men are robbers.

She is a reality show actress on The Real Housewives of Johannesburg season 2. She was also in season 1. The show is aired on Fridays at 1900hrs on 1 Magic, DStv channel 103.

RHOJ cast has amazingly talented, wealthy, and brilliant ladies. They play their roles with all their hearts. These actresses show the reality of the life of women and motivate other ladies in society to rise up.

No one can foretell the impression you will have about her until you watch the show and figure it out on your own from the emotions that her performance will provoke in you.