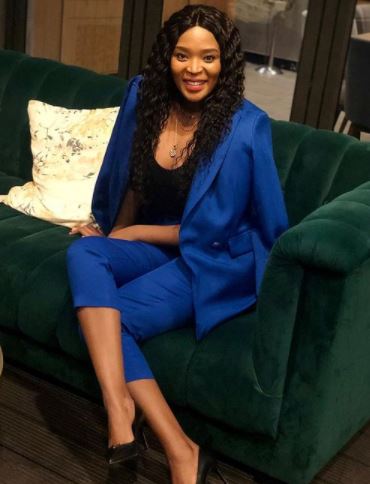 Motsoaledi Setumo, preferable known as Mo is a South African actress who story and rise to stardom resonates a message of hope, survival, perseverance and hard work.

Two years after at the age of eight, she was taken to live with her relatives after her mother got involved in a car accident.

While her mother pulled through and recovered from the accident, she however died in December 2019.

Mo Setumo who is also a radio producer is popular for appearing in Generations: the legacy. She got a role on the Tv series as Thabitha Cele (Thabi) after three unsuccessful attempts.

Then in 2016, she appeared on Greed and Desire, a Mzansi Magic’s telenovela as Tselane Dlamini. She has also starred in The Queen as Mmabatho, a Mzansi Magic soap opera.

She however quit being on the series alongside her colleague whom the both played the role of Queens. Although, there isn’t explicit information as to why she resigned, but her colleagues said Mo no longer finds happiness with the way the production team and the soapie owners treat other actors.

Besides being skilled, she is also beautiful. She has a beautiful face that has endeared her to many of her fans. She however confesses to wanting to quit acting because she once had acne which made her lose a bit of confidence in herself.

She called out people who remind others about their skin diseases and said they don’t always have to do that because they don’t realize how much it hurts.

It is surprising to learn that while she was a teenager, she was a rebellious one. She said she was like that because felt everything including life was working against her. And the best way she could hold her head up was to kick against some of life’s rule too.

She also said something about feeling unloved while growing up, although she appreciates her mother with each chance she gets as one of the few who loved her unconditionally.

Motsoaledi is a graduate of Media studies. She got her degree in Radio Broadcasting from Boston Media House after studying from 2011 to 2013.

She is albeit secretive about other details of personal life, and so nothing is known about her except that which she wants her followers to know through her IG account.