Lobola is very essential when it comes to South African wedding, and it a requirement the groom must fulfill.

Lobola is a word used in Silozi, Zulu, Xhosa, Swazi, and northern and southern Ndebele to either mean bride price or bridewealth. It has to do with the property or cash that a prospective husband gives the head of a potential wife’s family when considering a customary marriage.

The tradition of lobolo is said to have been in practice since 300 BC, and it was seen as a token of honour paid to a chosen woman who would build the home. Based on the history of lobola, part of the reasons why it was practised was to form an alliance with the other family. Then, lobola can also be seen as a token of appreciation of the efforts of the parents of a bride for raising a woman for the groom.

The generally accepted payment in a lobola, as said earlier, is cows. It was only recently that the monetary equivalent of it is now being considered. How many cows are in a lobola? In determining the number of cows that would be considered as the worth of the new bride, there are some factors that are put into consideration. In those days, if a bride-to-be is still a virgin, the prospective groom would pay more, but if she has a child out of wedlock, the payment automatically reduces. But then, irrespective of the number of cows or amount that are demanded, there is room for lobola negotiations.

The main reason for which lobola is practised is hinged on building relationships between the families of the prospective bride and groom since marriage is beyond a union between two individuals. Lobola is that it validates and authenticates the approval of the parents of both intending couples to get married.

It is also considered as proof that the groom can support his bride and that the bride has value before both families.

Scheduling a meeting by the groom family with the bride’s family. If the groom is to be is accepted, the groom, together with his uncles, would visit the family of the bride. Once there, an entrance price or gift would be presented, and in the absence of the groom, the negotiation would begin. This negotiation may take months before it is finalised, and it is usually between the uncles of both families.

Once the number of cows demanded is named, the bride’s family would also state the price of each cow and multiply it by the number of cows in demand (if they are considering money). After that, the groom’s representatives would convey the information to the groom that he either has to agree to or beg his uncles to negotiate on his behalf.

What to wear: Looking your best in a traditional attire will not put you in the wrong for such occasion.

Lobola Letter with sample: Before the lobola negotiations can be carried out, the family of the groom must write a letter to the bride’s family to formally ask for them to meet. And while writing the letter, their intention must be clearly stated as well as the exact date when the loboba negotiations would commence. Check below for a lobola letter example:

Dear Banga family, we trust that you are all doing well as we are also. Our motive behind writing this letter is to inform you that our son Anthony Mugabe wants to ask for your daughter Grace Zungu’s hand in marriage.

Sincerely, we look forward to an improved relationship between our families, and so, traditionally, we would appreciate it if a date can be arranged for both families to meet so that we could send our representatives. We the family of the Mugabes would be honoured to send representatives on Saturday, the 19th of October this year or next Saturday the 26th of October, depending on which is convenient for you.

We are full of expectations to know how much fun can be with the Zungu family. We also hope to get a response as soon as possible to aid our preparation process. We are the Mugabe family. 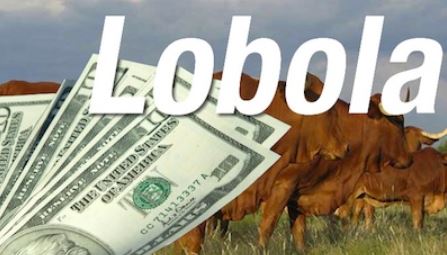