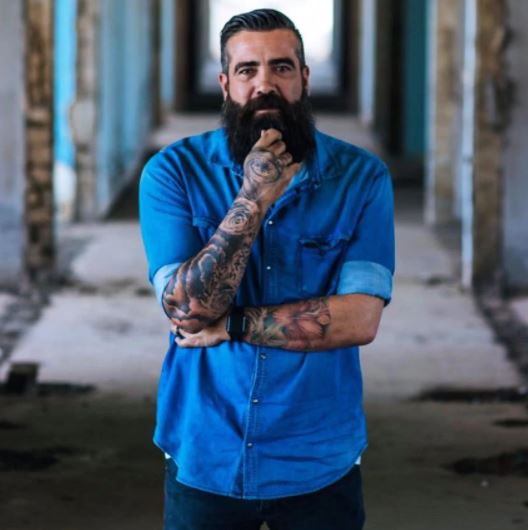 Jo Black (born January, 1982) is an Afrikaans singer from Pretoria. Jo grew up in Pretoria North and started working in the construction industry after school.

While doing well in his career, it became clear to Jo Black that there is more to life than just earning a living. He then started his own initiative called Be That Guy / Be That Girl , a movement that helps children build a positive attitude, after which he begins his music career.

After starting his music career, his first single “Ship” was uploaded to the YouTube channel in December 2016, and within five months after it was published, a phenomenal view of over one million was recorded.

In September 2018, the 37-years old musician had to go through a neck surgery after he had two of his neck vertebrae disintegrated, and fortunate for him, the operation, on Sunday, 9th of September, 2018, was successfully performed.

Apart from being a speaker, as said earlier, the talented Jo Black dubs as a musician with some tracks that have received wide acceptance.

Among his hit-tracks is Voel Jy Die Genade. An interesting thing about this album is that as soon as it was released in February, it achieved gold status in ten days. After it was published to the YouTube channel, the song has amazingly been greeted with more than one million views and lots of positive comments.

Another song that has garnered so much popularity is “Bitter”. In this song which was dedicated to Jo Black wife, Jo Black Bitter lyrics express how scared he is from losing his wife. In his words, Jo said one could only realise how much he or she needs another when there is a chance that the person might be lost.

The brother of Jo Engelbrecht is Willem Engelbrecht. An introduction of this handsome guy on the social media by Jo caught so much of the fans’ attention that they took to his Instagram to express how thrilled they are about the beauty of Willem.

Based on this, the title that Jo Black won last year as South Africa’s sexiest man, there are lots of anticipations that his brother might likely be the next, that is for 2019. The young Engelbrecht is known for his passion when it comes to taking outdoor adventures and as a gym enthusiast.

Jo Black’s Bearded Butcher is a well-known theatre restaurant. Based on Jo’s projection, it is expected to be the heartbeat of the live entertainment. While Jo, together with his three partners, had been in search of a place where the restaurant could be, a contact with Albie Morkel eventually made the dream come true.

As published on Ultimate Aim Sports Pavilion official website, the name was inspired by a biltong business that the singer operated some years before.

Therefore, as a theatre-restaurant, it brings different kinds of art to the stage, which range from comedian performances to stage productions and music. The music video for Jo Black single ‘Bitter’ is reported to be filmed from this restaurant.

Black, alongside Albie Morkel, is coming up with a ground-breaking project which is expected to be in the area of sports and entertainment and the biggest centre that the country will have.

Known in Pretoria as The Ultimate Aim Sports Pavilion, it is expected that the centre would be the place where sports enthusiasts can gather not just to put their mettle to test but to also improve their skills in some of the popular outdoor sports such as archery, golf, and fishing.

As it must have been noticed so far, Jo Black is a man of vision and passion for an extraordinary lifestyle.