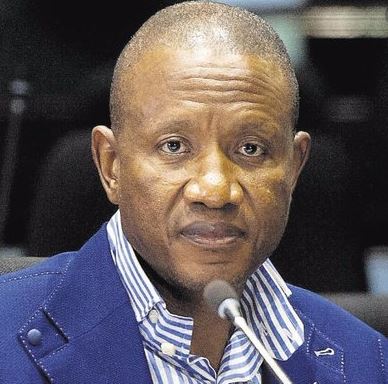 Fana Hlongwane is mostly known for his arms deals in South Africa when he worked as an adviser to Defence Minister Joe Modise between 1995 and 1998.

He is the director of so many companies and dubbed as one of the most corrupt men in the country.

His name has been tied to many shady deals in South Africa.

Fana has an affluent taste and leads an extravagant lifestyle. He studied law in the Soviet Union, the chain of company he leads attests to his high intelligence.

He is a notable businessman and is popularly known for his association with Modise. Fana came to the public attention when he was spotted sitting beside Modise during the CODESA talks.

He was a former advisor to the then Defense Minister, Joe Modise, between 1995 and 1998. Then, as a business tycoon, Hlongwane chairs several companies, including the Ngwane Defence Group of companies.

He was involved in a state saga with former Deputy Finance minister Mcebisi Jonas, while testifying at the State Capture Inquiry, explained how he was tricked into a meeting by Hlongwane with the former President Jacob Zuma’s son Duduzane Zuma and the Gupta family.

The meeting was based on a rumour in which Duduzane told Hlongwane that he was blackmailing Jonas.

Upon his arrival at the meeting at the Gupta’s home in Saxonwold, Johannesburg, in October 2015, Jonas said that the Gupta family offered him R600m if he would take up the Finance Minister’s position and another R600,000 cash with immediate payment if he consented to show their level of seriousness.

But while defending himself before the Deputy Chief Justice Raymond Zondo, the inquiry chairperson, Fana claimed he had no brief for the Guptas or anyone and neither was he involved with any business with them.

Very little is known about his private life except for the fact that he is the father of Lerato, a single mother of two.