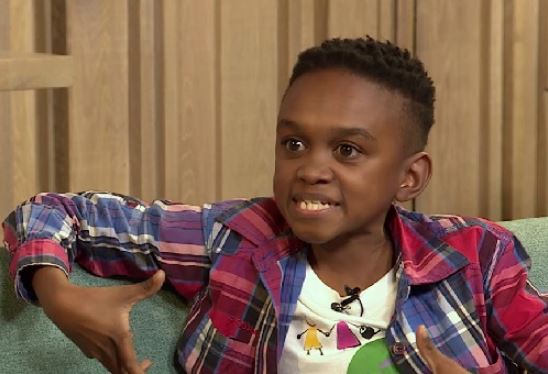 Themba Ntuli (born 9th of August 1990) is a South African actor. He is famous for playing the role of Pule, a young car guard on Rhythm City. He played the role from May to June 2008.

He is the firstborn son of Mr. P.G. Ntuli and Mrs. D.N. Ntuli. Themba Ntuli has two brothers; Zathemba and Msizi.

Although, Themba Emmanuel Ntuli is his official name, but he is popularly known to many as Themba Ntuli, some people refer to him as MrMbus.

Despite his physical statue, Themba Ntuli looks like he is winning in all aspects of life and turning out to be an icon to reckon. Being confident and God-fearing has come a long way for him.

He has learned to overcome the negative effects that come with his unique body structure. To add on it all, he has established his brand in the entertainment industry.

As a young boy, Themba started his career as a filmmaker at a tender age. In 2011, he worked with the Bomb Shelter Production. He served as a script supervisor for two months. In the same year, he got the opportunity to be the director of Hoek-Line, his first movie which was released in February 2012.

He dedicated it to his late dad who had passed on in 2011. One year later, after the release of Hoek-Line, Themba advanced in his career. This time around, he served as editor and cinematographer in a company by the name of Vusmo Media. He got the chance to edit the show.

Being a hardworking young man, Themba made more significant steps in his career in 2014. Apart from being an editor, cinematographer, and director, he played a part in producing a film entitled Njengo’Thando. Njengo’Thando was one of Themba’s great works.

The short movie scooped three awards during the Mpumalanga Short Film Festival that year. His acting career dates back in primary school, something that helped him build confidence in himself.  As early as Grade 11, he was already on the screens acting in Rhythm City.

Realizing his dream at his young age was one of the best things that have ever happened to him. It opened doors for more significant achievements. One of the most recent and successful movies that Themba has featured in is ‘Frank & Fearless,’ which was released in November 2018.

Apart from acting, he also got the chance to feature in a couple of adverts. Some of the most excellent brands that he worked with include Vodacom, Sunlight, and SABC2.

Themba Ntuli height has been a topic of discussion. Most people have gone an extra mile to insinuate that Themba Ntuli illness is the reason behind his height. He goes further to insist that he is not suffering from any illnesses.  That, however, did not stop him from going for his goals. He is not ashamed of being 120cm tall at 28 years.

The talented actor shocked most people when he married the love of his life; Hope Masilo, a move that left most people in disbelief.

Themba Ntuli’s wife took social media by surprise by how elegant and vibrant she looked on her wedding day. She is a proof that true love sincerely does exist. Themba is a true example of success, and we all feel happy for him in his new life with his lovely wife.