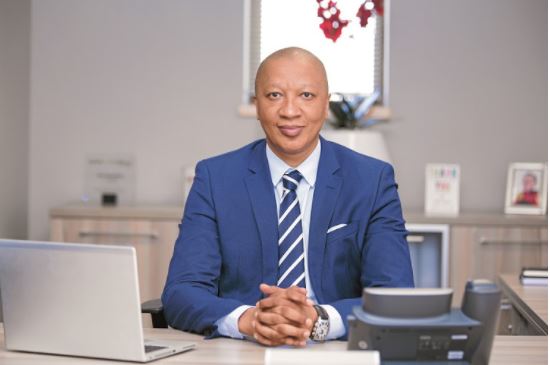 Sisa Ngebulana is a man that has proved that consistency, determination and hardwork is the only root to success.

After leaving Mthatha with big dreams and high aspirations for himself. He was not sure about the career path he wanted to take, but he did know that he wanted to be something big.

In 2011, Rebosis Property Fund became the first black-managed and substantially held property fund to be listed on the JSE.

Mr. Ngebulana is the founder and CEO of Billion Group, a retail and commercial property for developing enterprises.

Mr. Ngebulana admires his grandfather, who took the responsibility to raise him after the death of his father in 1973.

The independent director of Truworths International, Attfund, and the Construction Industry Development Board, Mr. Ngebulana, obtained his LLM at the former Rand Afrikaans University, LLB at the former Natal University, and a B Juris degree at Fort Hare. Following the completion of his articles with Jan S de Villiers Attorneys in Cape Town, he obtained a position as an attorney of the Cape High Court.

As an attorney, he worked for Mick Dower who taught him the value of working hard. At that time, Mr. Dower was probably one of the country’s best attorneys, as he handled the biggest cases. Coincidentally, or not, Mr. Ngebulana’s first case at the job was Master-bond, which dealt with property.

His dreams and visions are to ultimately create businesses that positively affect the community and also collaborate with black economic empowerment deal makers who are great models of the young generation. He spent around seven years at Eskom, where he specialized in providing financial and legal counsel.

During this period, he learned so much on industrial relations, governance, HR, management, treasury, and also delegation. These skills equipped and prepared him for the next chapter of his life.

Mr. Ngebulana also began trading in money markets, capital market desks, and foreign exchange. At Rebosis, where he is CEO, founder, and executive chairman. He was also leading structured finance and other projects where he managed funding strategies.

In 1999, he founded a construction company called Afcon, which specialized in constructing upmarket homes in Dainfern and other golf estates. However, he learned things the hard way while at the coal business, as he nearly went bankrupt. He had to formulate new strategies and start from scratch. This is where he decided to change direction and focus on property.

Between 2007 and 2009, the development of the Mdantsane and Hemingways shopping centers in the Eastern Cape enabled the Billion Group to create an approximate of 13,000 temporary and permanent jobs. Sisa Ngebulana malls have continued to create more job opportunities for residents.

His net worth is estimated to be around R400 million. However, Sisa has two lovely children. He makes sure that he has enough time to spend with his family because he believes that it is his responsibility to nurture his kids and make them feel loved and appreciated.

Sisa Ngebulana understands that with great power comes responsibility. This allows him to not only better the lives of his family but also that of others.

He gives back to the community through allocating funds to support homes of the elderly and orphanages, distributing blankets in winter, providing shoes to underprivileged children, and so much more.