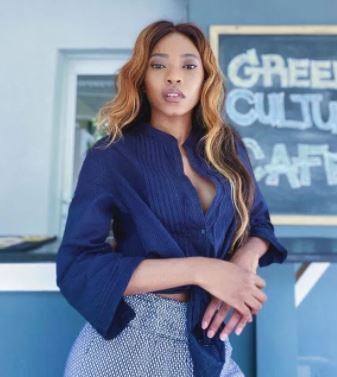 Bahumi Madisakwane is a South African TV personality and actress. She is best known for her work in the telenovela Keeping Score, which airs on SABC.

In the show, she plays the part of Zola. If you do not know her as Zola, you may have seen her in her father’s reality show called Living the Dream with Somizi.

Ms. Madisakwane was born in Johannesburg and has always been a determined young lady. Aside from her acting, she should now be done with her bachelor’s degree in law or in her final stages. She is not married.

Zola of Keeping Score is the daughter of the openly gay choreographer and television personality, Somizi Mhlongo. Bahumi Madisakwane mother is Palesa Madisakwane, who is also a TV star.

This gorgeous Somizi’s daughter has been raised mostly by her mother, although the father has always been in the picture. Her grandparents Ndaba Mhlongo and the fabulous Mary Twala, now deceased, were also famous actors.

It is without a doubt that acting is in Somizi’s daughter blood. Despite having such success behind her, she wants to make her own legacy without having to rely on her parents.

Somizi bought a car for his daughter on her 21st birthday, back in 2016. Some sources claim she has a 2.1 million car, but we do not have many details on the current Somizi daughter car.

News came out earlier this month that young Somizi’s talented daughter will play the role of a young Lebo Mathosa in the upcoming biography of the late star.

Bahumi is extremely excited about the role and is grateful to her family and friends who have been with her in her rise.